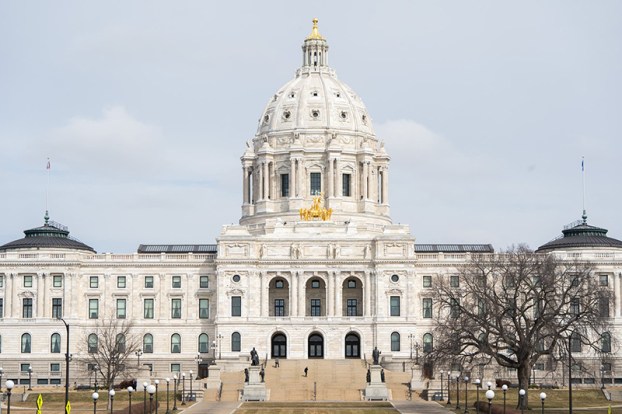 MINNEAPOLIS — The top four leaders in the Minnesota Legislature expressed optimism Friday that lawmakers can agree on a new coronavirus relief package in time for a Dec. 14 special session, though negotiations on what should go into the aid package were continuing.

An updated forecast this week that projected a $641 million surplus in the current budget came as a welcome surprise to lawmakers. There appears to be general agreement on tapping it to help businesses hit by the four-week partial closure ordered by Gov. Tim Walz, which runs through Dec. 18, and on extending unemployment benefits. But Republicans have not embraced a proposal by the governor and House Democrats for $500 one-time payments to low-income families.

Working groups of lawmakers met into the night Thursday and reconvened Friday, the leaders said in an online forum hosted by media and political strategist Blois Olson of Fluence Media. The four later met with Walz, a Democrat who said afterward that he thought the sides were getting close and were working out compromises with his department heads.

“There’s a lot of conversation going on, and even though we we all know that there’s need out there for business and workers, and we want to get this out as soon as possible, these conversations are still in the early stages,” said Democratic House Speaker Melissa Hortman, of Brooklyn Park.

“Progress being made and discussions are happening,” said Democratic Senate Minority Leader Susan Kent, of Woodbury.

But the Legislature’s two top Republicans stressed that the package should be focused on struggling businesses and jobless workers.

“We need to make sure that we take care of our workers and take care of their jobs immediately to preserve where we’re at, and that that doesn’t get any worse when we come out on the other end of this,” said House Minority Leader Kurt Daudt, of Crown. He said the business aid won’t be enough to meet all the needs and should be seen as a bridge until more federal stimulus money comes through.

Senate Majority Leader Paul Gazelka, of East Gull Lake, said he’d had “very productive” conversations with the governor and ongoing discussions with Hortman. He added that he wanted to keep the package “targeted and narrow,” aimed at small businesses.

Walz and House Democrats originally proposed a 13-week extension of unemployment benefits. Daudt indicated his broad support for an extension earlier this week. But Gazelka indicated Friday that he wasn’t on board with 13 weeks.

“Unemployment benefits are expensive. It’s $40 million a week … and so we’ll have to talk about how long we initially extend those benefits,” Gazelka said.

Walz is required by state law to call a special session by Dec. 14 as a condition of extending the state’s peacetime emergency, which gives him the authority to issue executive orders to respond to the pandemic. It will be the seventh special session this year.

The leaders also discussed coronavirus safety for the upcoming regular session, which convenes Jan. 5. Hortman said the House and its committees will meet via Zoom until it’s safe to do otherwise, while Gazelka said the Senate will aim for a hybrid where lawmakers and the public can participate online or in person.

Gazelka, who recently recovered from COVID-19, suggested that legislators and essential staffers perhaps get some priority for the new vaccine after front-line workers and the elderly.

But Kent said encouraging people to come to the Capitol and intermingle would fuel the spread. Daudt said he could support vaccinating legislators and staffers in high-risk groups, or who have high-risk family members, at some point after top-priority groups if it helps getting back to meeting in person.

“To the Republican leaders suggesting that legislators should have priority over other Minnesotans to receive life-saving vaccinations, I ask a simple question — have you no sense of decency? This brazen and selfish request is especially galling coming from legislators that have consistently minimized the seriousness of COVID-19, exacerbating a dangerous and highly contagious disease,” Howard said in a statement.

Walz told reporters he hadn’t thought about the issue, but that the state will follow the federal guidance.

“I’m pretty certain that the public’s not going to put politicians as a priority,” he said.

A brutal November for COVID-19 deaths continues to spill into December, the clearest and saddest story of the current surge.... read more