My Point of View: U.S. has survived challenges in past and can do it again

My Point of View, By Joseph E. Brown Sr. 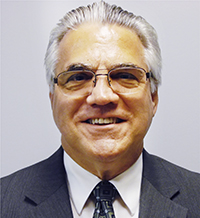 Joe Biden will be inaugurated as our new president of the United States in 35 days.

While our nation is divided on many issues such as gun rights, gay rights, abortion rights, union rights and fair taxes, we also agree on many big issues:

We have allowed name-calling to supersede logical discussion. For an example, the following five phrases made it difficult for many Democrats to win elections:

• Defund the police (Some police reform is needed in some cities)

• National heath care (Every citizen should have access to health care)

It is interesting that I have never heard people criticize other national (socialized) programs such as:

Even though we are entering a deep recession, teetering on a depression, I am confident that we will experience a safe transition from one president to another just as we have for 220 years.

I once had an economics professor in college who asked our class to name one word that described the future of our economic system. The answer he gave us was “faith.” I would now add the words “hope” and “trust.” When society loses faith, hope and trust in our future, we will be in trouble. I sense that there are way too many citizens who have lost trust in our government at multiple levels.

Just because someone does not agree with the decision of a school board, city council, state Legislature, governor or president, does not mean that it is an illegal or wrong decision.  Our nation is a representative democracy. It is not a direct democracy. We elect individuals to represent us at all levels of government. Once elected, they have the duty and responsibility to implement policies, establish budgets, listen to constituents and make decisions. If we do not fully agree with current office holders, we have the right to replace them with new people at the next election.

As we enter the special season of Christmas and prepare for a New Year, I suggest that we all consider doing a reset of feelings and emotions and consider how blessed we are as Americans. We have a great nation with the potential to be better tomorrow than we are today. Let us set positive goals on the type of family, community, region, state and country we want to live in. We have survived many challenges in our history and have recovered with a stronger country. We have done it before; we can do it again.

Guest Column: Shutting down businesses is not the solution

Guest Column, By Mark Dvorak Minnesota Gov. Tim Walz, we ask that you reopen the business community of Minnesota. We... read more