Authorities advise against travel as blizzard bears down on area; I-90 closed west of Wells 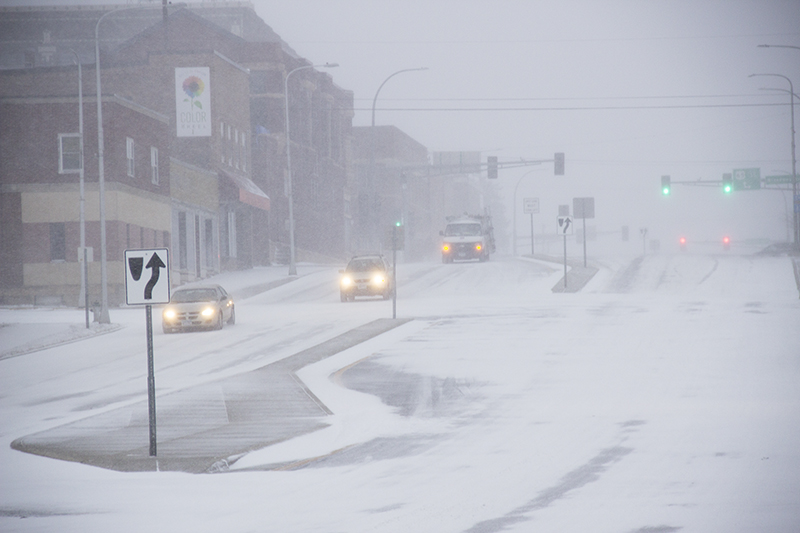 Authorities are advising motorists not to travel unless it is an emergency as snow and heavy winds are leading to whiteout conditions on area highways.

Several highways in southwestern Minnesota have closed, including Interstate 90 from the South Dakota border to five miles east of Blue Earth. Travel is not advised west of Alden and roads were fully covered in other directions.

Blizzard warnings were posted in the region as National Weather Service officials called for wind chills to dip to 35 degrees below zero, pushed by gusts of more than 60 mph.

The storm was centered in southeastern Minnesota and was expected to track steadily toward Eau Claire, Wisconsin, and northern Michigan by Wednesday night. The heaviest snow band stretched from the Iron Range in northeastern Minnesota back toward Watertown in eastern South Dakota, Gust said. 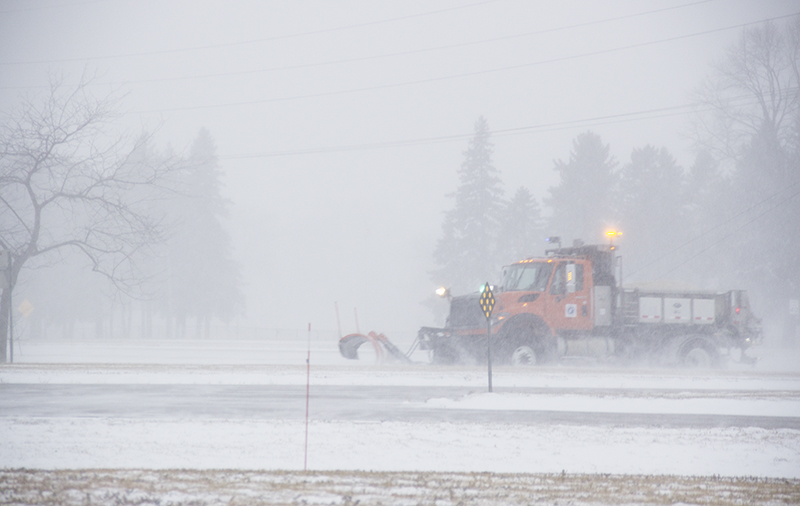 The storm was bearing down on the Twin Cities area Wednesday afternoon, where Gust said at least 8 inches of snow was expected. Eastbound Interstate 94 was closed between Monticello and Rogers, west of Minneapolis, due a multi-vehicle crash and pileup on an intersecting highway, state transportation officials said. The interstate was expected to be shut down down for several hours.

The Minneapolis-St. Paul airport had experienced about 300 flight cancellations and 40 delays as of Wednesday afternoon, airport spokesman Patrick Hogan said. It was expected to be the third busiest day of the Christmas holiday travel period, behind this upcoming Sunday and Saturday, he said.

“Many people were able to get out this morning, but it could be tough going this afternoon and evening,” Hogan said.

The National Weather Service is calling for total snow accumulation of between 7 and 11 inches.

Temperatures will continue dropping to below zero overnight with wind chills reaching the 25 below to 40 below zero range by morning. This will be especially dangerous to those that may become stranded.

The National Weather Service states snow is expected to continue into the evening and then taper off after midnight.

The blizzard warning remains in effect through 6 a.m. Thursday.