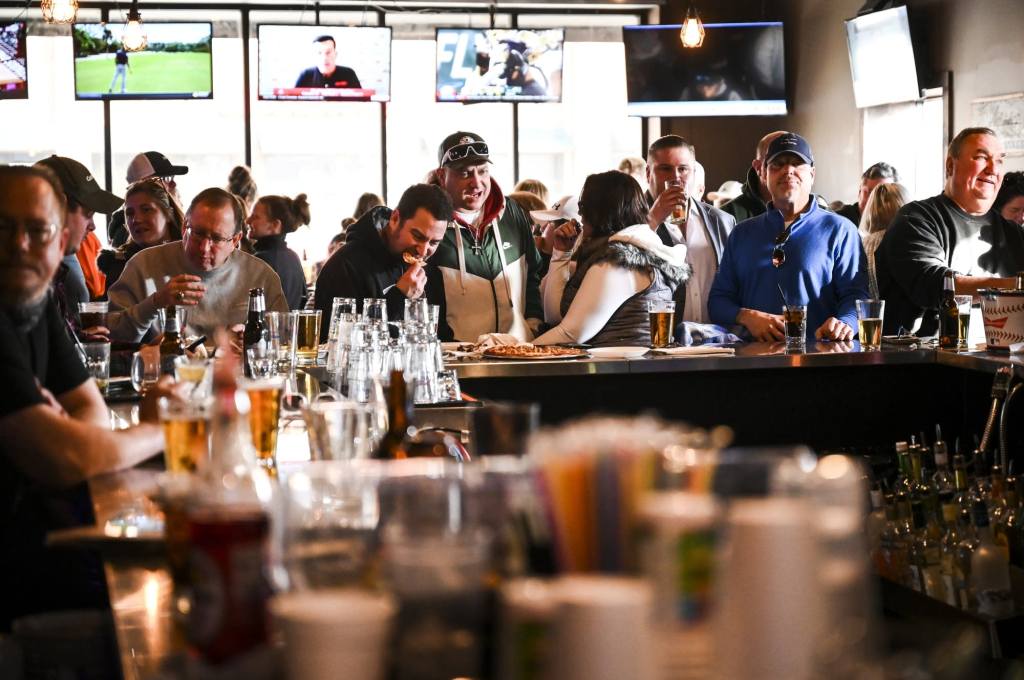 It was standing-room only at the bar at Alibi Drinkery in Lakeville, Minn., which reopened Dec. 16, in defiance of Gov. Tim Walz’s orders closing indoor service at bars and restaurants. Aaron Lavinsky/Star Tribune/via MPR News

When Gov. Tim Walz extended his executive order barring inside dining and drinking at restaurants and bars nearly two weeks ago, dozens of those businesses publicly pledged to ignore the rules.

But word quickly got out that complying was not negotiable.

When the Minnesota Attorney General’s office learned an establishment was opening up, it took action, threatening fines and suspension of liquor licenses.

“I hear about different ones almost daily that are open,” Teichroew said. “Maybe their front door’s locked, but their back door’s open and people are going to have a drink and hang out with friends. So there’s a lot that are doing it clandestinely as well.”

Opponents of the Walz no inside drinking or dining order call it “draconian.”  Metro-area attorney Mike Padden represents some businesses facing legal action from the State of Minnesota for allegedly violating the order.

“The bottom line argument is that the governor of the state of Minnesota does not have the authority to do what he’s doing,” Padden said.

Padden insists the law is on his clients’ side.

“I think he better talk to every single court we’ve talked to because they have upheld the governor’s authority time after time after time,” Ellison said.

Ellison said when his office learns a business is violating the order it offers an easy way out — no penalties provided the business agrees to immediately get in compliance.

Ellison said his office has had nearly 1,000 conversations with businesses suspected to be operating in violation of the emergency restrictions.

He said less than a dozen have escalated to legal action.

One of the Minnesota businesses that’s battling the state is the Little Gourmet Deli in Virginia, Minn., on the Iron Range.

“You can go to Black Friday and stand in line and you can fight over a 70-inch flat screen TV with 50 people you don’t know,” she said. “But you can’t come into my little deli. You can’t go into the local bar. It’s not fair.”

State health officials argue that the problem is the increased likelihood of infection caused by prolonged exposure to people eating and drinking together.

The governor’s office said he plans to give an update on the restaurant and bar restrictions next week.