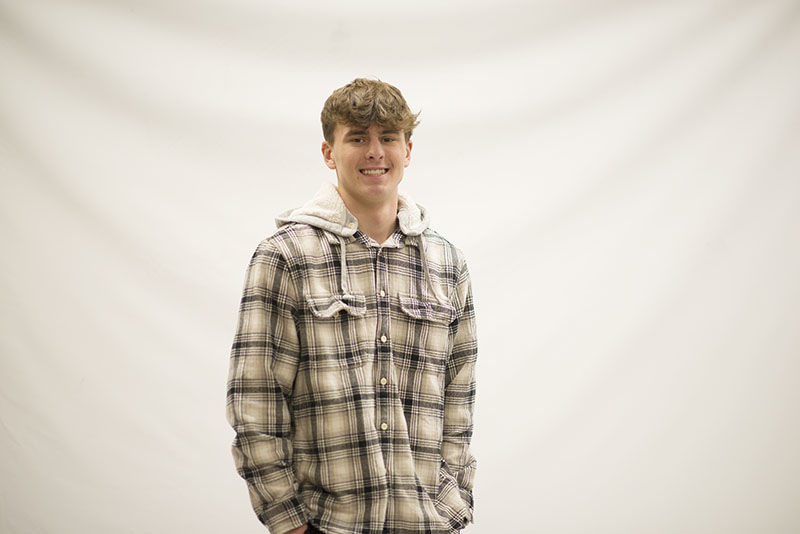 Albert Lea senior Logan Barr started cross country in seventh grade as a way to stay in shape for his true passion, hockey. Working hard in both sports throughout high school has turned him into an All-Big Nine honorable mention runner and the hockey team’s Most Improved Player in 2019-20.

Barr said hockey is his favorite sport to play, A sport he has played ever since he was a young child.

“It’s very competitive,” Barr said. “It’s fun having teammates you can count on, and it’s a good way to make friends, too.”

Barr said he has been involved in hockey for as long as he can remember. It was during his younger hockey days from which he said his favorite memory playing sports comes from. 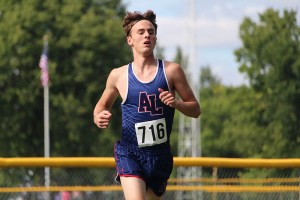 Barr plans to attend Concordia University next fall where he will major in exercise science and might run for the cross country team. – Alissa Sauer/For the Albert Lea Tribune

He said he was 14 or 15 and playing for coach Mike Carlson  in the A Bantams. The team scheduled four tournaments across the state that year and ended with first-place finishes in each tournament.

Fast forward to his senior year and Barr has already completed his final year of cross country and is anticipating the start of the hockey season.

During his senior campaign on the cross country team, Barr ended the season as an All-Conference honorable mention.

“The coaching staff was so happy with Logan as he continued to improve every year in cross country,” said head coach Jim Haney. “He went above and beyond every year he was in cross country to improve and to make his teammates better.  He is physically strong and the coaching staff was proud of his efforts in all the meets this year, but especially during the section meet as he led the team, as he ran his best race of the season when the team needed it the most.”

He battled back from an injury his junior year in which he suffered from IT Band Friction Syndrome, which causes pain in the thigh bone. He said it was challenging to sit on the sidelines and watch his teammates compete. However, he said he came back stronger than ever after physical therapy.

While the upcoming hockey season will be shortened, Barr is excited to get started nonetheless.

“Logan is the type of player that every coach wants on their team,” said head hockey coach Jason Fornwald. “Not only is he a gifted athlete, but he’s also a straight A student. He recently received the Minnesota Excel Award last year due to his accomplishments both in the classroom and in athletics. He was recently names assistant captain for our varsity team this year. We look forward to having Logan be a part of our leadership team this year.”

Outside of sports, Barr is involved in activities at Crossroads Church and was a member of the Link Crew.

Barr offered some advice to underclassmen who are coming up through sports.

“Give it your all no matter what,” Barr said. “No matter what position you’re in, if you’re JV or varsity, or if you’re in lower or  upper, it doesn’t matter. Just give 100% all the time, and good things will happen.”

After graduation, Barr is planning to attend Concordia University in St. Paul. He said he might run cross country for their Division II program. Barr said he is going to major in exercise science and has a goal to one day get into physical therapy school.