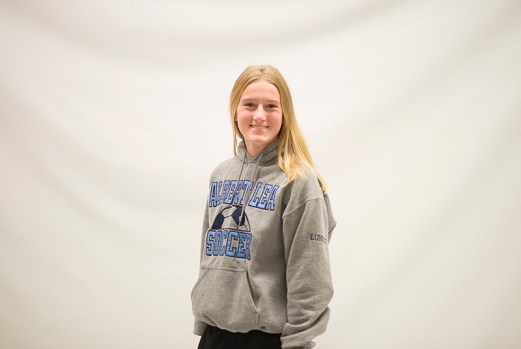 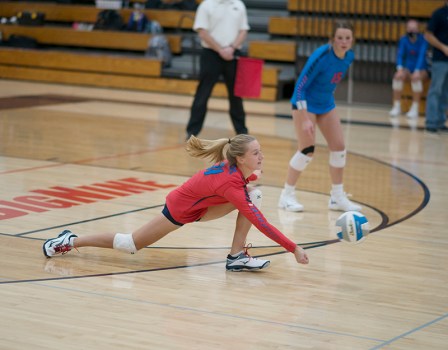 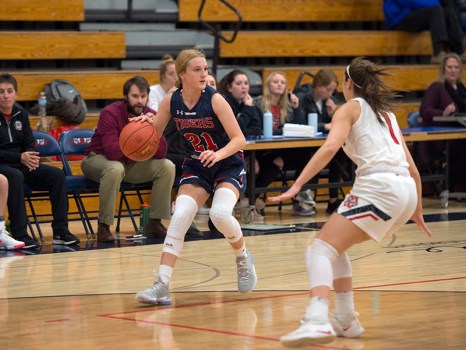 Luhring plans to pursue a dregree in physical therapy after high school. She is undecided on which college she will be attending. Tyler Julson/Albert Lea Tribune

Senior set to compete in 4 sports her senior year

There are not many athletes in each graduating class that compete in three-sports throughout the school year. It’s almost unheard of for a student to compete in four sports in three seasons. However, that’s exactly what Albert Lea senior Mallory Luhring is planning to accomplish.

Normally participating in volleyball, basketball and softball, Luhring decided to give soccer a try this past fall when it was announced that volleyball wasn’t going to be having a season.

Luhring said she decided to go out to give something new a shot if she wasn’t going to be able to play volleyball. She said she was somewhat skeptical at first, but quickly grew to love the sport.

Luhring quickly found herself starting for the Tigers’ soccer team, but a little more than halfway through the season, the Minnesota State High School League announced volleyball would be coming back for a shortened fall season. Instead of being forced to pick between one or the other, Luhring was given the option to play for both teams. She said it wasn’t too difficult trying to manage her time on both teams.

“Yes, I had to juggle between two practices, but there was only one game day that interfered with each other,” Luhring said. “I chose soccer because I was the starting goalie, and they had no one else. Both my coaches were reasonable and understanding of my decision.”

Luhring said volleyball is probably her favorite sport, and she likes to go up to the University of Minnesota to watch the Gophers play whenever she has a chance.

She has been involved in sports ever since she was a young age, encouraged by her parents to play.

“My parents have always been pushing me to be an athlete because they both were three-sport athletes,” Luhring said. “We watch sports together, we go to events, it’s just always been a part of our lives to be in sports.”

Luhring said being a multi-sport athlete hasn’t always been easy, and she relies on her coaches and teammates to help her through some tough times.

“They always believed in me when I couldn’t believe in myself,” Luhring said. “Even now, without having basketball, they’re just continuing to push me to get better. They just want to help me continue on my path. They’ve never stopped encouraging me.”

Albert Lea head basketball coach Jason Thompson said Luhring is a big asset to have on the team.

“Mallory is a spark plug for our team,” Thompson said. “She is a good communicator on the court and on the bench. She is one player in the entire program that I have seen the most growth from. This is in terms of her basketball, leadership and communication skills. She is a person that is open to trying new ideas and will have open dialogue with you if she ever has questions. I can’t wait to see her compete on the court this winter.”

Outside of sports, Luhring is also an active member of the high school choir. She likes to fish and hang out with family outside of school.

After high school, Luhring said she is interested in becoming a physical therapist. She said she is still undecided about which college she will attend.

She offered up some advice to younger athletes.

“Never give up,” Luhring said. “Keep pushing all the way through. You may not think you’re the best or even have potential, but your coaches and other teammates teach you so much. Keep pushing and keep trying and you’ll succeed in so many things in life.”

Favorite athlete: Doesn’t have one

Pregame rituals: Before volleyball games, the team forms a circle and performs chants based on each grade.

What do you listen to during warmups: I search for hype-up game playlists on Pandora.