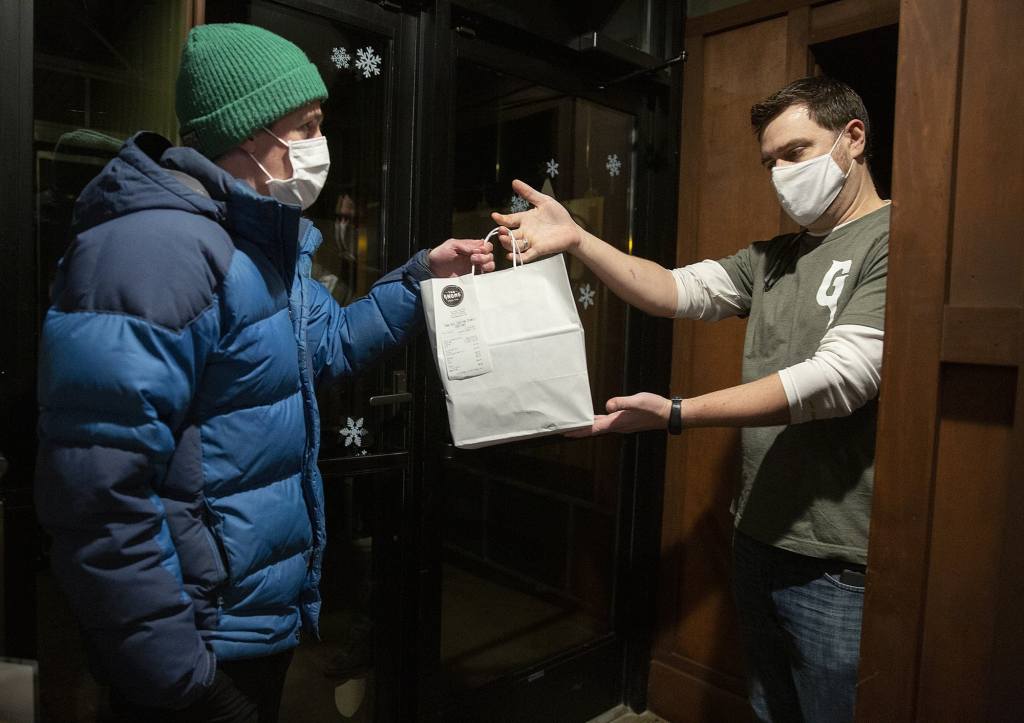 Gov. Tim Walz on Wednesday said he is extending his current monthlong ban on indoor bar and restaurant service through the year-end holidays as the state works to stem the spread of COVID-19.

The new order allows outdoor tables at 50 percent capacity, or 100 people, with four patrons per table. But they can’t be fully enclosed in shelters, making dining or drinking somewhat impractical in Minnesota winter temperatures.

The restrictions will stay in place through Jan. 10, short-circuiting celebrations at bars and restaurants on New Year’s Eve, traditionally a huge night for those businesses.

“We have to beat the virus before the economy comes back,” Walz told reporters after announcing the restrictions and signing legislation that will target $88 million in payments directly to bars and restaurants.

Minnesota continues to deal with high levels of community spread — infections that can’t be traced to a specific source — and the state remains in a “high-risk category” despite recent improvements in COVID-19 metrics, Walz said during an online address.

“There’s a very real chance that there will be another peak coming,” he said, adding later that officials are worried now about a February spike.

The governor is also giving a green light to elementary schools to conditionally open to in-person learning starting Jan. 18.

Those schools “may choose to operate in an in-person learning model as long as they are able to implement additional mitigation strategies, which include providing and requiring staff to wear a face shield and mask and offering regular testing,” according to a statement.

Other changes laid out Wednesday include:

The governor on Wednesday also signed into law a $216 million economic relief package to aid small businesses and workers damaged by the restrictions to stem the spread of the virus.

The measure, approved in a special session, includes grants to struggling small businesses and an extension of unemployment benefits for out-of-work Minnesotans.

Those businesses have been forced to do takeout-only or delivery the past few weeks as health officials worked to slow the spread of COVID-19.

Liz Rammer, CEO of the trade group Hospitality Minnesota, said Wednesday morning she was “gravely disappointed” at news of the plan and pleaded with the governor to reconsider.

“Hospitality is a force for good in our communities, and the Governor and his administration would be wise to leverage that force, rather than watch it flicker out,” she said in a statement.

Harsher words came from Tony Chesak, executive director of the Minnesota Licensed Beverage Association. “Today’s news is not only devastating, it’s shameful and unjust,” he said in a statement, adding that less than 2 percent of COVID-19 cases have been tracked back to bars and restaurants.

When the restrictions went into place in November, Minnesota was deep into some of its worst days of COVID-19’s surge across the state since the pandemic began, frequently breaking records on daily case numbers, deaths and hospitalizations.

In the past few days, though, there’s been positive news on new COVID-19 caseloads and hospitalizations.

Tuesday’s COVID-19 data showed new caseloads and hospitalizations continuing to retreat from their recent highs, with no sign of an expected surge from Thanksgiving holiday celebrations.

Officials say they’ve been working to balance the recent improvement in conditions with the reality that the pandemic isn’t over.

Walz on Wednesday, though, said the recent improvements in conditions haven’t been significant enough for Minnesota to let down its guard.

Walz and other officials have expressed hope that the vaccines arriving now in Minnesota and across the country will ease the strain and the need for restrictions eventually, but not yet.

After receiving final federal approvals over the weekend, the Pfizer pharmaceutical company began distribution of its COVID-19 vaccine — the country’s first — with shipments arriving in a handful of Minnesota hospitals and clinics Monday.

Shots began going into arms in Minnesota this week, but officials caution it will take months for vaccinations to be widespread in the state.