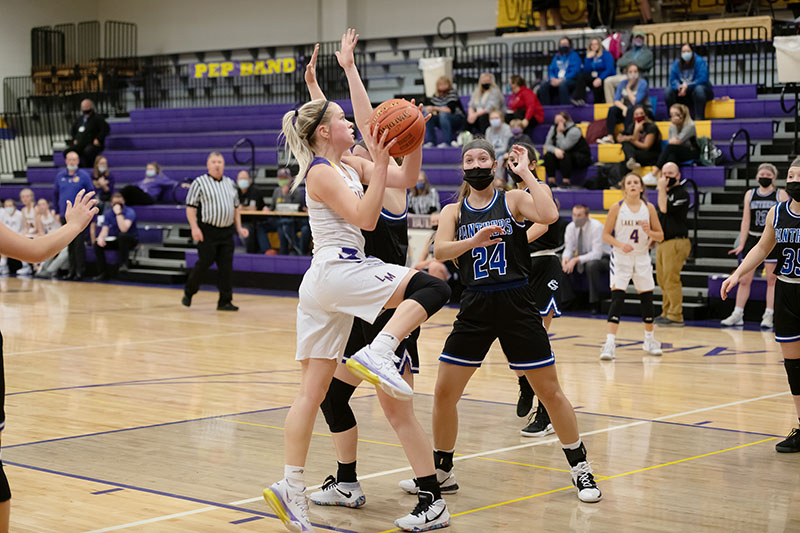 The Lake Mills girls’ basketball team took on North Union Monday night, hoping to end the first half of the season on  a winning note.

Unfortunately for the Bulldogs, the Warriors proved to be too much to overcome, falling 54-21.

The Bulldogs were led in scoring by junior Brooke Bergo with nine points. Bergo also hauled in seven rebounds to lead the team. 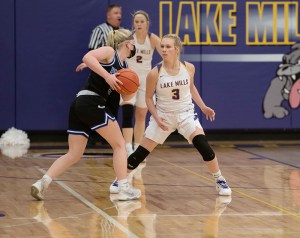 Four sophomores also put points on the scoreboard. Natalie Brandenburg, Finley Rogstad, Josie Helgeson and Ellie Hanna each had three points for the Bulldogs. Rogstad and Helgeson each got their points from beyond the three-point line.

Hanna pulled in six rebounds, while Rogstad grabbed four and Brandenburg had two.

“In the first half, I thought we handled the full-court pressure well,” said head coach Garrett Patterson. “We just struggled to move the ball efficiently in the half-court against their zone. Bergo led us offensively, and Elli Hanna and Finley Rogstad had good games defensively.”

The Bulldogs head into the holiday break with a 1-8 overall record and a 0-6 record in the Top of Iowa West Conference. Their lone win was against Central Springs.

Their next game is slated for  Jan. 5 at home against the Bison of North Iowa.