Residents digging out from snowstorm 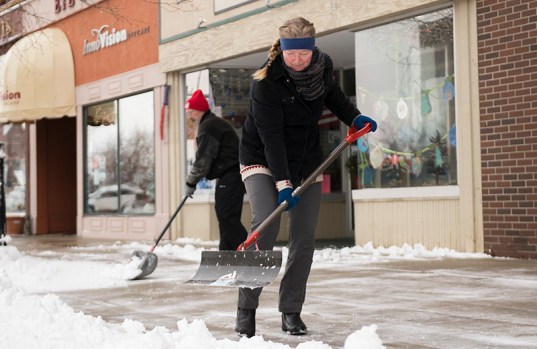 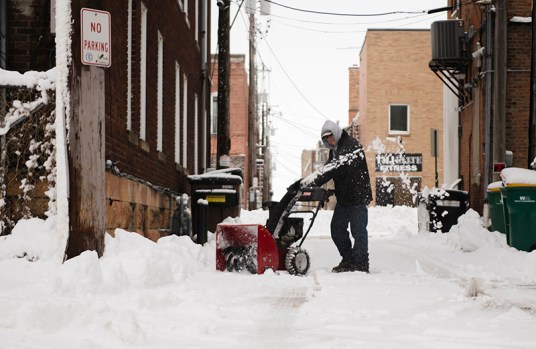 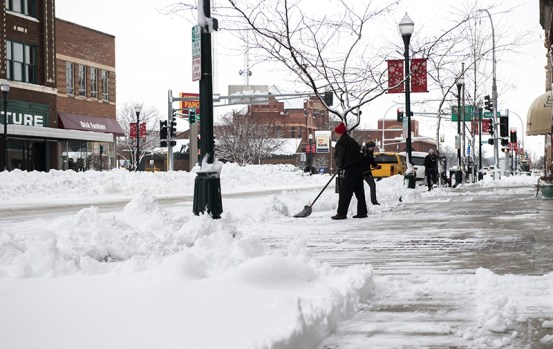 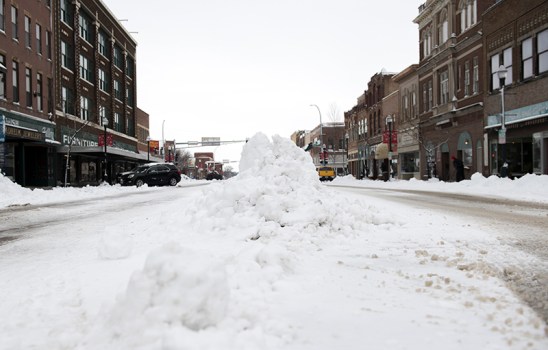 Snow is piled up in the middle of Broadway Friday morning. Hallie Cantu/Albert Lea Tribune

Albert Lea residents began digging out Friday from a snowstorm that swept through the area.

According to the National Weather Service, Albert Lea had received 6 inches of snow by 7 a.m. Friday. The agency stated Glenville received 4.2 inches and Ellendale received 8.2 inches.

A blizzard warning had been in place through Friday evening but is no longer in place. Occasional light snow is expected to continue throughout the day, bringing a possible one to two inches of more snow.

The snow, combined with wind gusts of 40 to 50 mph, led to whiteout conditions and the closure of Interstate 90 west of Blue Earth. The interstate reopened Friday morning. The storm also led to the closure of area schools.

The Minnesota Department of Transportation states roadways in and around Albert Lea were good Friday afternoon with dry pavement.

The latest road conditions can be found here.