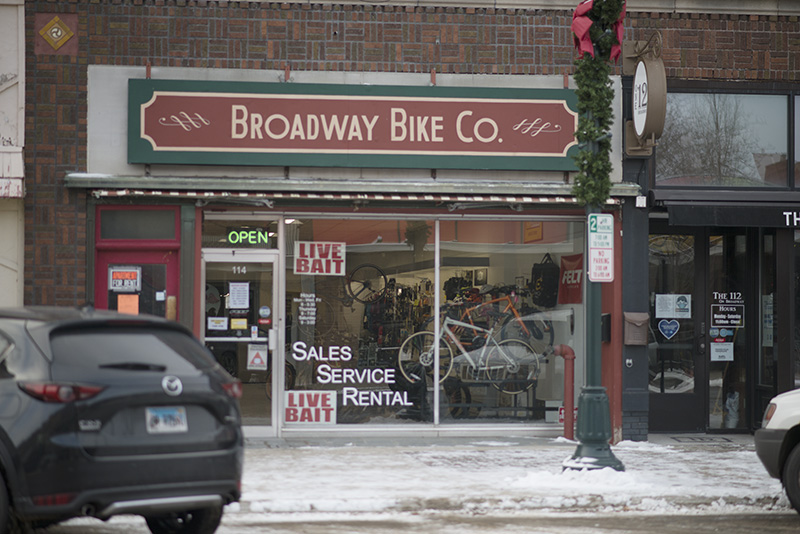 Just two weeks ago, Mark Conley noticed a need in the Albert Lea community. With ice fishing season just around the corner, fishermen would soon be descending upon area lakes in hopes of catching their next prized wall mount, or at the very least, some dinner.

The only problem was there is no accessible live bait and tackle store in the area. That’s where Conley saw his opportunity.

“I used to have a bait shop about five years ago down by the (B&B Cafe),” Conley said. “After I closed down, Dan opened up. I’ve been helping him out here, and a couple weeks ago I said, ‘Hey, why don’t we just start adding the bait business?’ Because the other actual bait shop in town closed in the beginning of the COVID stuff. With not a lot happening with bike sales during the winter, he said, ‘Yeah, let’s do it.’”

In a short amount of time, the pair worked to install live minnow tanks that have recently been stocked with locally trapped minnows. While not all their tackle has been stocked and displayed yet, they are working on getting everything set up.

Broadway Bait Co. officially opened for business Thursday morning, but had a soft open Wednesday. Conley said business has already been strong. He estimated 20 customers had come in Wednesday and another 10 had shown up before noon Thursday.

On top of the tackle, Broadway Bait Co. will have an assortment of live bait available for purchase including crappie and fathead minnows, waxworms, red and white spikes, suckers when supplies are available, and will soon have juices waxies and butterworms.

Broadway Bait Co. is at 114 S. Broadway Avenue in the same building as Broadway Bike Co. Store hours are 8 a.m. to 5:30 p.m. Tuesday through Fridays and 7 a.m. to 3 p.m on Saturdays, and closed on Sunday and Monday. Store hours will adjust in the summer to accommodate earlier sunrises.

“It’s great,” Conley said. “The fishing community is such a good group of people, and the support has been overwhelming already… They’ve done a really good job at cleaning up the lakes and the fishing has always been pretty good around here, but from what I hear it’s gotten even better.”