Bennett, Dornink sworn in for office

The 2021 legislative session is underway, and District 27A Rep. Peggy Bennett, R-Albert Lea, has been sworn into office for the fourth time.

“It remains such an honor to serve the people of southern Minnesota, and I look forward to finding solutions to the many challenges our state will be facing,” Bennett said in a press release.

“Being a former teacher, I am thrilled with these assignments,” Bennett said. “Helping our children and their teachers succeed over the next two years is critical to Minnesota’s future success.”

Bennett represents Minnesota House District 27A, which includes all or portions of Freeborn, Mower, Faribault, Steele and Dodge counties.

“It’s a humbling experience,” Dornink said. “I’m looking forward to learning from my colleagues and representing my community.” 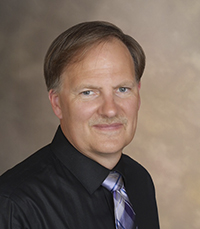 Dornink will serve on the Agriculture, Labor, Licensing, and Capital Investment committees. As a farm-kid himself, he said he is pleased to be able to focus on personal interests of his while exploring new sectors of government as well.

He said he is optimistic moving into his first legislative session and looks forward to making positive change in Minnesota.

No charges against Wisconsin officer who shot Jacob Blake