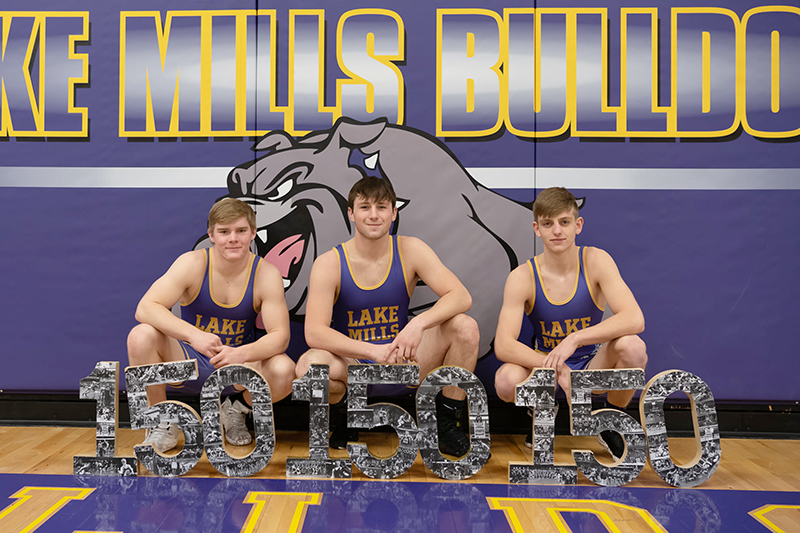 The Bulldogs jumped out to an early advantage, 15-0, after three contested bouts. The teams would split the next four matches before Lake Mills ran off six in a row.

“Having the final meet of the regular season was very fitting this year,” said head coach Alex Brandenburg. “It was Senior Night, and this was our largest senior class in recent memory with nine wrestlers.”

Lake Mills finished the regular season undefeated for only the third time in school history, joining teams from 1998 and 1999.

“Finishing with an undefeated regular season is bittersweet,” Brandenburg said. “On one hand it is really exciting to not lose, but the negative is we didn’t get to wrestle some of the toughest meets, like the Battle of Waterloo.”

The Bulldogs are currently 26-0 and ranked No. 4 in Class 1A. They will be in action again Feb. 6 when they host the sectional meet to determine which wrestlers advance to districts. Wrestlers need to finish in the top two in order to advance.