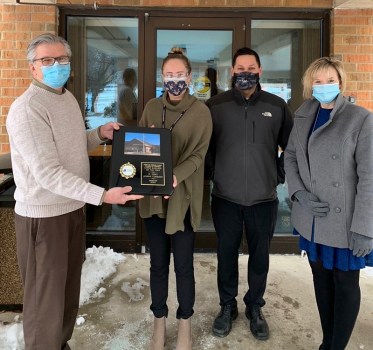 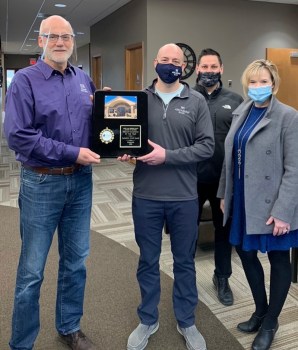 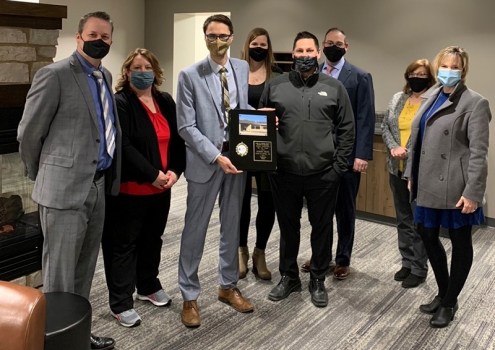 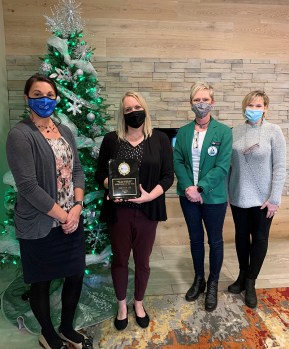 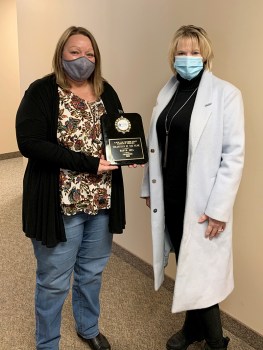 The Albert Lea-Freeborn County Chamber of Commerce on Friday announced it had named St. John’s Lutheran Community as the Large Business of the Year.

“As we all know, 2020 has been a year like no other,” Jenson said. “Just as our businesses have had to pivot, the chamber has had to pivot as well.”

Jenson said St. John’s has been active in the chamber’s Leadership program, donating its time teaching and hosting classes, and has partnered with Mayo Clinic Health System to host community health talks. It also has many employees and tenants who serve on several other boards in the community.

Scot Spates, CEO of St. John’s Lutheran Community, said chamber representatives stopped by the senior care facility about a week ago to share news of the award.

“I was absolutely, completely surprised,” Spates said. “It’s an honor for us.”

He said the timing was great with how much extra work his staff, and all other health care workers in the community, are providing at this time because of the COVID-19 pandemic.

“We’re working extra hours and taking extra precautions,” he said. “People are stepping up and filling holes in the schedule because we have peers that were exposed or tested positive to the virus. Health care workers are doing an awesome job. We’re doing the best we can to try to prevent the spread of the virus.”

Jenson in the video said Arcadian Bank has taken great pride in giving back to the community in supporting local events, clubs, fundraisers and causes.

The bank started a weekly shop local campaign supporting businesses in the community and has made banking personal by gaining the trust of its customers and listening to their needs.

Mark Heinemann, president and chief financial officer of the bank, said the bank was honored to be named Medium Business of the Year.

“It is a testament to the hard work our employees put in every day to live our culture of being community owned, community focused,” Heinemann said. “The timing with our name change to Arcadian Bank couldn’t be better, as we seek to build on the 108 years of history serving this community — same bank, same ownership and same friendly faces, with a new name.”

She said Peterson, Kolker, Haedt & Benda Ltd. has 97 years of involvement and support of the chamber and helped foster the creation of the Albert Lea-Freeborn County Leadership program under attorney Matt Benda’s tenure as board chairman.

It also has a long history of supporting businesses and events in the community and recently remodeled the former Elks Lodge and did what Jenson described as an amazing job at preserving the memories created there.

Benda said while this year has presented the community with many challenges, he is optimistic and looking forward to many good years to come.

“This past year, we converted to a fully remote and cloud-based computer system, adjusted to a new normal in meeting with clients, hired attorney Dave Doppelhammer to join our firm and remodeled and moved to the old Elks building,” he said. ”This award is a capstone to a very busy year for our firm,” Benda said.

In the video, Jenson also thanked the chamber’s board of directors and outgoing board Chairman George Gonzalez and recognized Mike Chandler as incoming board chairman.

The full presentation can be found here.