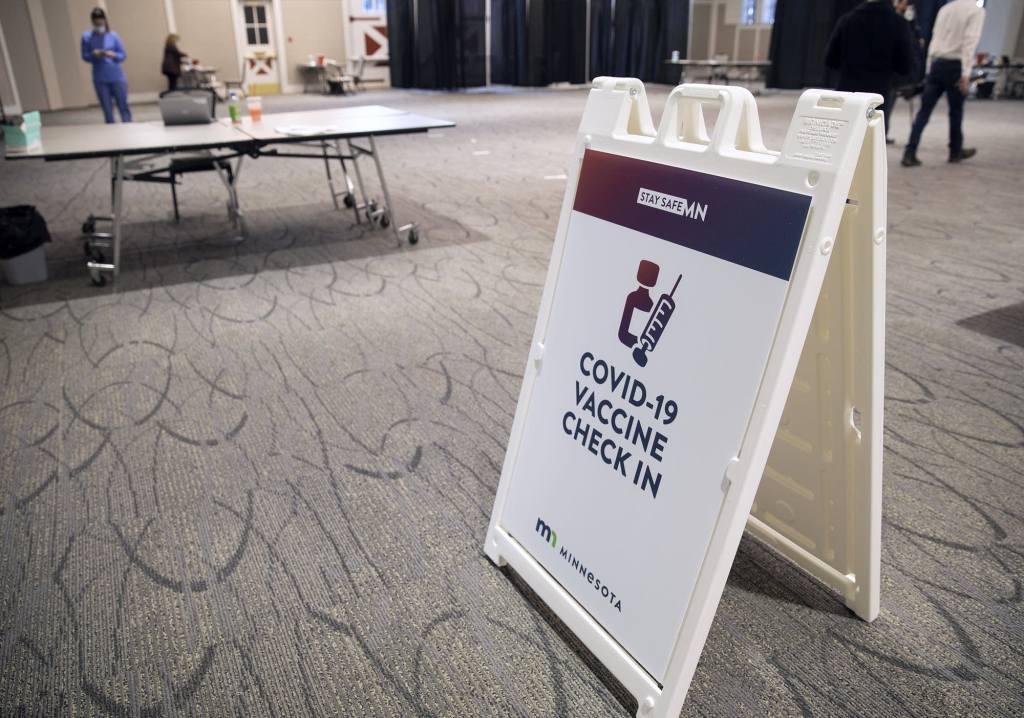 A sign alerts people to the check-in area on Jan. 21 at the Earle Brown Heritage Center in Brooklyn Center. Nine COVID-19 vaccine sites opened around the state for those with appointments as part a pilot program intended to speed vaccinations to people 65 and older. Christine T. Nguyen/MPR News

The Minnesota Department of Health said a message intended for about 20 people, informing that small group about an issue with their upcoming appointments, was erroneously sent by its vendor to an substantially larger group. The error included text messages and emails.

The thousands of people who were not supposed to receive the messages did get a follow-up message, informing them of the error and emphasizing that their upcoming vaccination appointments remain valid.

“We take full responsibility for the error that occurred earlier today, which resulted in thousands of Minnesotans receiving incorrect information about their vaccine appointment,” said the vendor, Primary.Health, in a statement sent to MPR News. “We have corrected that error and communicated directly to Minnesotans impacted that their appointment is confirmed as scheduled.

“We have apologized to the State of Minnesota and all those Minnesotans impacted and are taking immediate steps to ensure it does not happen in the future.”

The erroneous message came at the start of the second weekend of vaccinations in the state’s pilot program for residents 65 and older.