Getting back into the rhythm 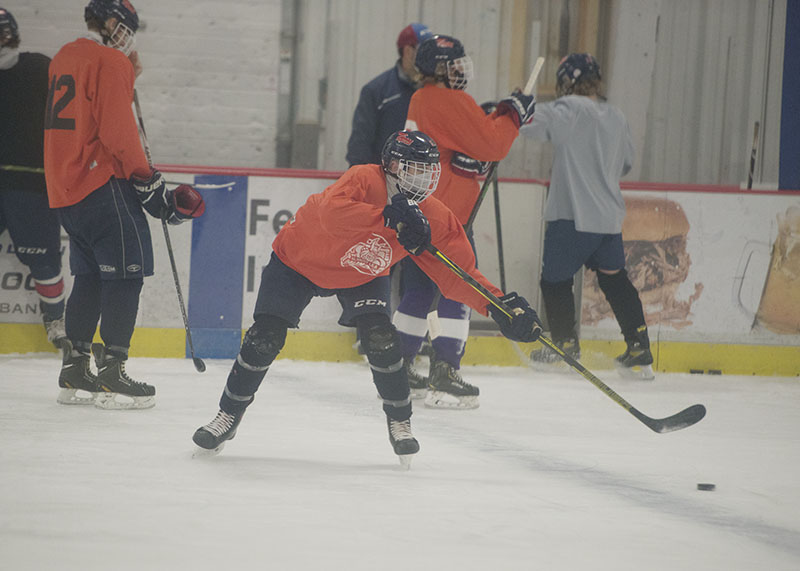 Students at Albert Lea High School started attending in-person classes Monday in a hybrid learning model for the first time since Nov. 17. Many of those students have also been practicing for their respective winter sports, which have also been on hold since the same date.

Despite thie first day of school and the first day of contests coming in the same week, many students are excited to get back into the swing of things.

High school sports were allowed to begin practices starting Jan 4 to prepare for contests starting Thursday. For Logan Hacker, a senior on the Albert Lea boys’ hockey team, the first week back in practice went well.

“The first week of practice went great,” Hacker said. “The boys had great attitudes and were ready to get back on the ice.”

The boys’ hockey season usually begins with its first game in late November, but due to the shutdown, the first game will take place nearly two months later.

Caden Severtson, another senior on the boys’ hockey team, said he thinks there might be a small challenge in getting readjusted after the long layoff in sports and school.

“I think it will be a little challenging to get back into the habit of sports and school, but nothing too hard to handle,” Severtson said. 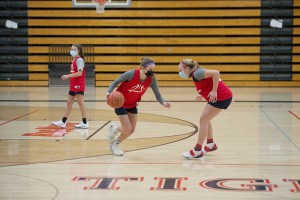 Albert Lea junior Taya Jeffrey said while there might be some difficulties in getting ready for the season, she is excited to be back on the court with her teammates. – Tyler Julson/Albert Lea Tribune

Taya Jeffrey, a junior on the Albert Lea girls’ basketball team, echoed Severtson’s comments about getting back into a habit of going to school and then going to practice right after.

“I think it will be a little challenging to get back into the routine with school and sports, but I think we are all just grateful to be back,” Jeffrey said. “Even though we’ve been away from the gym for so long, we still have a great bond, which really helps our team chemistry stay connected.”

Many student-athletes and coaches are expecting this year to present some challenges at some point. Severtson said the biggest challenge he expects this season is the time it will take for the team to start gelling together. With the seasons starting late, he said it might take some extra time for the team chemistry to build.

For Hacker, the biggest challenge comes with being required to wear a mask while on the ice, both at practice and in games.

“The biggest challenge, I believe, will be wearing a mask during practice and in games,” Hacker said. “It makes it very difficult to breathe, but to get back on the ice and be safe, it will be worth it.”

Hacker said the Minnesota State High School League has recently approved a bubble face mask and slash guard as an alternative to a mask. He said he hopes that will improve the face mask issue.

Jeffrey also mentioned the masks as a potential challenge, but she was also concerned with the looming uncertainty the season still holds.

“I think the biggest challenge of this year is simply the unknown,” Jeffrey said. “We don’t know what the next day holds –  it could be gone just like that. My teammates and I push each other everyday to go as hard as possible in every drill because we don’t know when it will be our last.”

Jeffrey said to combat the challenge, she and her teammates try and hold each other accountable both on and off the court to stay safe and preserve their season.

Whatever obstacles this season throws at these athletes, the overall sentiment remains the same.

“We’re just super excited to get back on the ice and doing what we love,” Hacker said.