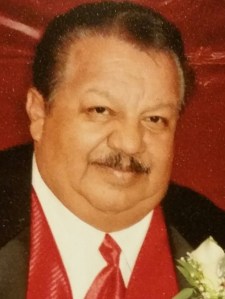 Jesse was born on December 23, 1946 in Los Angeles, California, to parents Jesse Zamora Sr. and Emma Zamora. He was the youngest of 3 children. When he was an infant, his family moved to Minnesota. Jesse spent the rest of his life in Albert Lea, Minnesota.

Jesse met his beloved wife, Mary, and the two were married on November 16, 1963. The two raised their four children, three daughters and one son, in Albert Lea.

Jesse was also known as a hard-working and generous man by all who knew him. He spent many years working at Fountain Industries before he and his wife opened Mary’s Dry Cleaning, where they would work together for 16 years before retiring.

Jesse and his family always enjoyed hosting guests and providing entertainment for visitors. He was always willing to do whatever he could for others. Jesse was a generous man and instilled the same values in his family.

Living by Bible principles was very important to Jesse. He was baptized as one of Jehovah’s Witnesses in 1975 and enjoyed sharing Bible truths with others at any opportunity. Jesse was an active member of the congregation of Jehovah’s Witnesses and served as an Elder in the congregation for nearly 30 years throughout his life. He continued to share his Bible-based hope for the future with others up until his death. Jesse very much looked forward to the blessings that God’s Kingdom would bring to the earth. One of these blessings is the hope of being resurrected here to the earth and reunited with family and friends. Many members of Jesse’s family share that same hope.

He was preceded in death by his parents Jesse Zamora Sr. and Emma Zamora.

Jesse was a loving husband, father, grandfather, great grandfather, and friend. He was well known for saying things just to make you smile. He loved his family and friends very much. He loved and valued his spiritual family as well.

Jesse will be deeply missed by all who knew him.

Due to the pandemic and for everyone’s safety, a memorial service will be held via Zoom on January 16 at 2:00 pm. Friends and family may inquire at JesseZamorainfo@gmail.com for the Zoom meeting ID and password or any other information.