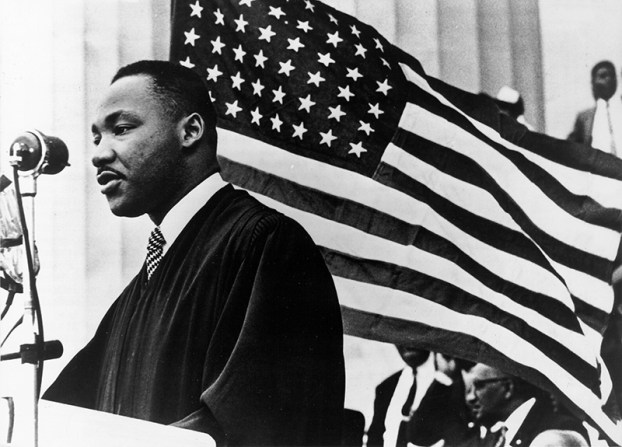 The keynote speaker at Monday’s annual Martin Luther King Jr. Day celebration in Albert Lea encouraged people to have what she described as uncomfortable conversations surrounding race and inequities.

JaNaé Bates, communication director of Faith in Minnesota and Isaiah, a Minnesota coalition of congregations, clergy and people of faith that fights for racial and economic equity, said Martin Luther King was dedicated to having these hard, uncomfortable conversations.

They are not only the right thing to do, she said, but they are liberating and will benefit everyone, not just a few, said Bates, who is also a minister. She referenced a quote from King that “injustice anywhere is a threat to justice everywhere.”

The annual celebration, typically held at Riverland Community College on Martin Luther King Jr. Day, this year was held online through Zoom because of the COVID-19 pandemic.

Bates said she has been a part of a research project during the last four years looking at what she described as the “race-class narrative.” In the research they have looked at what it means to have those uncomfortable conversations and how when people do, they can help make changes for good more of a reality.

She said people need to talk about their values when they speak out and set the tone for conversations about standards. It is also important to recognize oppressive forces that continue to perpetuate, she said, noting that when people are divided, they don’t trust each other to do things together.

She referenced several quotes from King from 1967 that talked about how genuine leaders are not “searchers for consensus,” but “molders of consensus.” She said people also must move forward with “an audacious faith in the future.”

“A reason we have faith in our future is because we’re creating it together,” Bates said, noting that this requires vision.

Mary Hinnenkamp said the scholarship committee has awarded scholarships for 16 years to graduating seniors who have a demonstrated a commitment to peace and justice in their lives.

Residents digging out from snowstorm

Albert Lea residents began digging out Friday from a snowstorm that swept through the area. According to the National Weather... read more