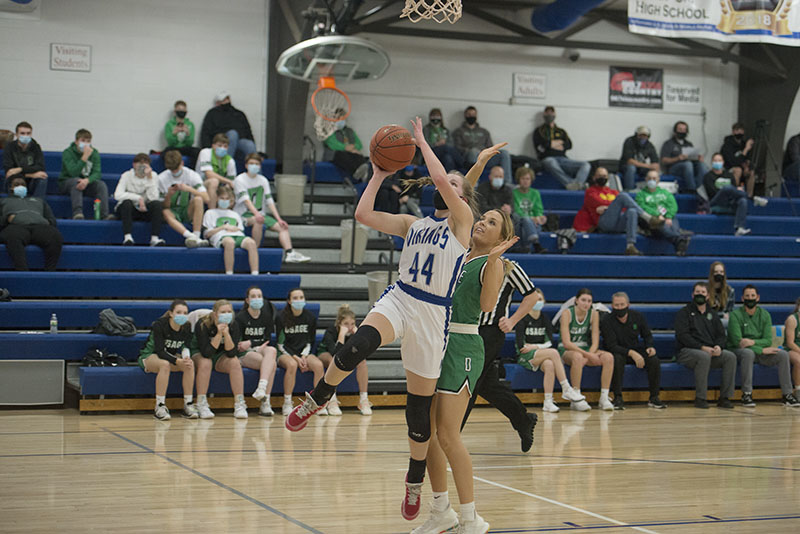 NORTHWOOD — The Northwood-Kensett girls’ basketball team had the tough task of taking on Osage Friday night at home.

While the Vikings were able to keep it close through the first quarter, the physicality and size of the Green Devils became too much to overcome, eventually falling 57-20.

The Green Devils jumped out to an early lead before junior Emma Davidson got the Vikings on the board with a three-pointer. Davidson hit another three just a few possessions later to cut the Osage lead to five points.

The second quarter was dominated by Osage, holding Northwood-Kensett scoreless and scoring almost at will through the first four minutes of the quarter.

Costello added four points to her total and junior Briar Anderson got on the board with a shot late in the half. However, the Vikings were in a deep hole headed into the halftime break, 44-14.

Coming out of the locker rooms, the second half was much the same as the first. The Vikings struggled offensively, while the Green Devils extended their lead.

Junior Carly Hengesteg scored the Vikings’ only four points in the third quarter and Costello added two more in the fourth.

The Vikings fall to 1-7 this season and will play again Tuesday when they take on the Bearcats of North Butler at home.