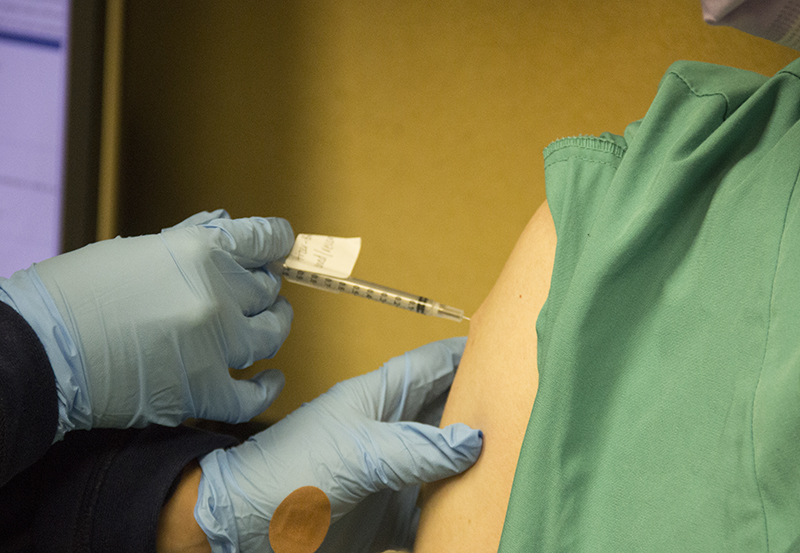 In addition to the COVID-19 vaccinations completed for health care workers at Mayo Clinic Health System and for workers and staff at nursing homes, Freeborn County Public Health Department workers have been busy with vaccinations for first responders.

Sue Yost, director of the department, provided an update to the Freeborn County Board of Commissioners Tuesday about the vaccines the county has administered and what some of the plans are for the future.

Yost said so far the county public health department has administered 179 vaccines, including public health staff, law enforcement officers, firefighters and other first responders who might come into contact with people with COVID-19 on a more frequent basis. The people had the option whether to get the vaccine.

The public health department will next be moving into a phase for other health care providers in the community, including dentists, chiropractors and optometrists, to name a few.

She said the department is in the process of connecting with those places and is looking to do a clinic for those people next week.

After that will be people who are classified as frontline essential workers and those people 75 and older, a group which she said her office has received many calls about.

Unfortunately, she said she does not have an estimated timeframe on when those vaccines will be distributed and noted that the vaccine is coming slowly.

Gov. Tim Walz announced Tuesday afternoon that the U.S. Department of Health and Human Services will grant a request to release more doses of the vaccine that are being held back at the federal level.

“Minnesotans are ready for the COVID-19 vaccine — it is how we will crush this virus, save lives, and finally resume normalcy. …” Walz said. “I was proud to join eight other governors to make this point, and I am glad our request to release millions of doses of the vaccine across the country has been granted.”

Following the frontline essential workers and people ages 75 and older, then will be adults ages 65 to 74, people between 16 to 64 with high-risk medical conditions and other essential workers, according to the Minnesota Department of Health. Lastly, will be other members of the general public.

Yost said the county is working on getting the second dose of vaccines for those who have already received their first dose and setting those aside to administer at the end of January or beginning of February.

Her department is looking for large locations to either do a drive-thru vaccine clinic or to have a space to administer them indoors, such as at Northbridge Mall.

As of Tuesday, the county had 100 doses remaining.