Ready to kickoff the season 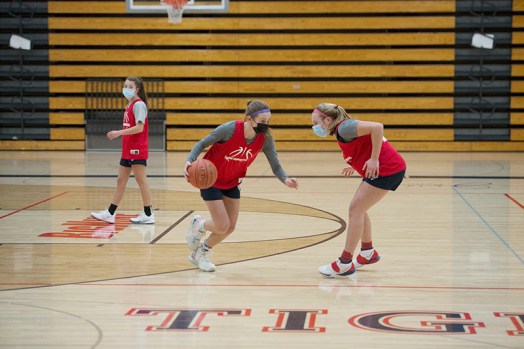 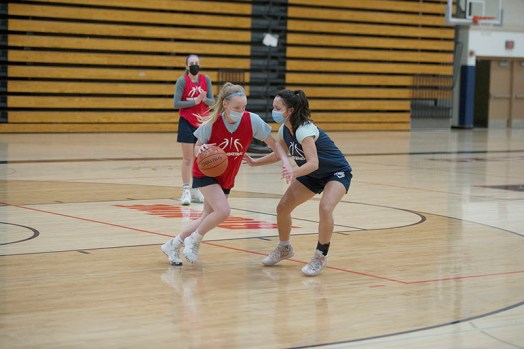 Under guidelines put in place by the Minnesota State High School League, the team will be required to wear masks both at practice and during games. Tyler Julson/Albert Lea Tribune 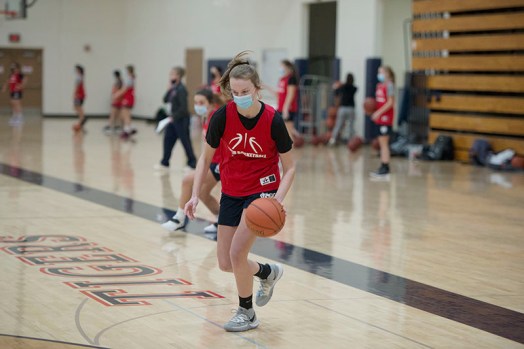 The Tigers first game is scheduled for Jan. 14 on the road against Winona.

After two long months of waiting, Minnesota winter sports have finally been allowed to begin practices this week.

Starting practice Monday, the Albert Lea girls’ basketball team is especially ready to get back on the court.

“It has been difficult having to wait this long to get going, but we have been connecting virtually with team meetings and creating some workout challenges that the girls have done a great job participating in,” said head coach Jason Thompson. “Our captains have done a terrific job of keeping the team connected socially, mentally and physically with what they have been doing in a virtual setting.”

While the Tigers lost two key pieces to their team from last season, including Ashley Butt and 1,000-point scorer Sam Skarstad, the team is returning a large amount of experienced players.

Jeffrey returns as a Big Nine honorable mention player last season, as well as the teams Offensive Player of the Year and overall Most Valuable Player.

“Taya is one of the best players in the Big Nine Conference,” Thompson said. “She finished third in scoring in the conference last season, averaging 17.3 points per game and led the conference in free throw attempts.”

The Tigers finished 10-18 last season and in eighth place of the Big Nine standings, their best finish in the last five years.

Thompson said the goal for the team is to finish in the top half of the conference. He said they moved up into the middle of the pack last season, and the next step would be to make it into the top half.

To do that, Thompson said the team is going to have to play more aggressively.

“The players are buying into the culture of the program and the process,” Thompson said. “We still need to be better defensively, that will be a key to our overall success. In addition, we need players to be more offensively aggressive. There is around 20 points a game that we will need to be replaced with the seniors we lost to graduation.”

The Tigers have just over a week remaining before their first game. They will travel to Winona Jan. 14 for their first contest of the season. Their first home game is slated for Jan. 26 against Rochester John Marshall.