Tigers shut out by Raiders in home opener 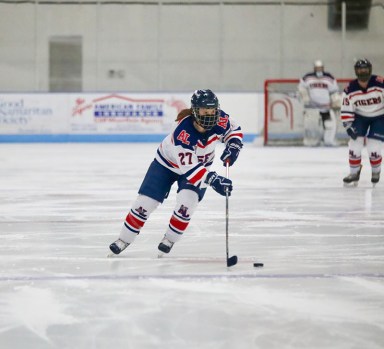 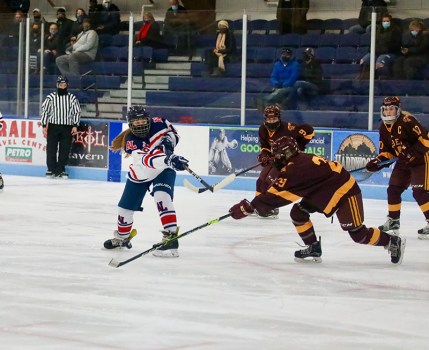 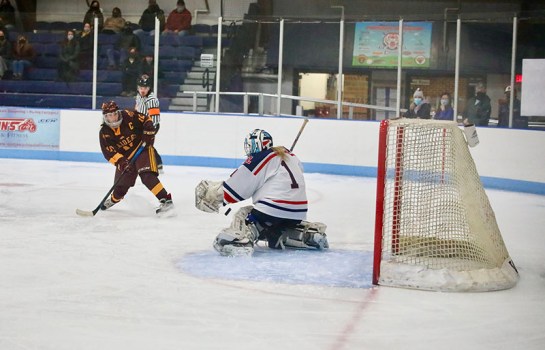 A three-goal second period by the Raiders put the Tigers in a hole they were unable to crawl out of, eventually falling 5-0.

The first period was relatively uneventful a majority of the time until with just under two and a half minutes remaining, when Northfield got on the board with its first goal of the game. Northfield’s Emerson Garlie was the goal scorer, putting it in unassisted to take a 1-0 lead.

The Tigers ended the first period with four shots on goal, compared to 12 by the Raiders.

The second period was much more action packed than the first. Northfield was called for a slashing penalty two minutes into the period and a tripping penalty at the four-minute mark. However, Albert Lea was not able to capitalize on either power play opportunity. Senior Taylor Stanek and Mika Cichosz were both called for a penalty in the second period. Stanek at the five-minute mark for tripping and Cichosz also for tripping.

The Raiders added three goals to their total throughout the period. The first came just over two minutes into play, the second came midway through the period and the third came with five minutes remaining. The Tigers were unable to come away with any shots on goal in the period, while the Raiders totaled 20.

Down 4-0 entering the final period of regulation, the Tigers needed quick action to make any sort of comeback. Unfortunately for the Tigers, the offense was lacking on the night and no goals were scored for the home team. The Raiders added another goal with just under 11 minutes remaining in the game to all but clinch the victory.

Albert Lea ended the game with eight shots on goal, while Northfield put up 48.

The Tigers fall to 0-1 to start the season and will be back on the ice Tuesday when they host the Panthers of Rochester Century.