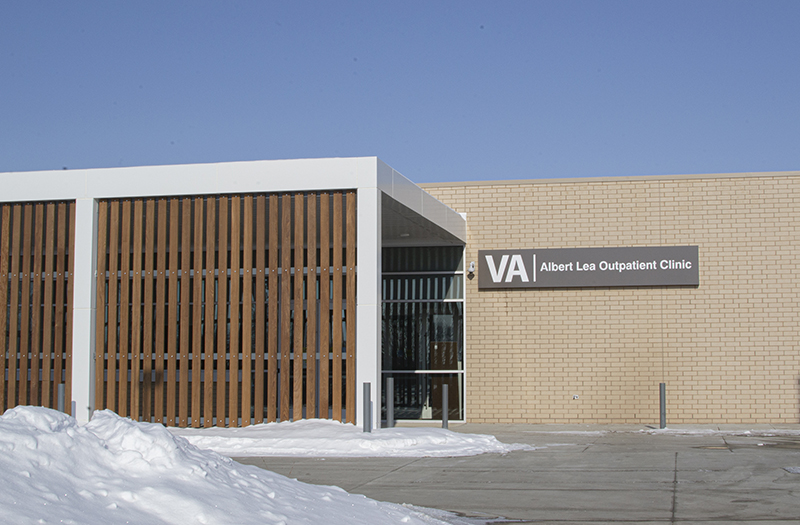 The construction of VA Albert Lea Outpatient Clinic is about complete and is located east of Auto Zone. Hallie Cantu/Albert Lea Tribune

Construction at the new $6 million Albert Lea Community Based VA Clinic on East Main Street is winding down, as workers make up time lost to the pandemic in building the new facility.

The new clinic was originally slated to open in January. Officials haven’t yet announced a new date, but exterior work is largely complete.

The new clinic will employ 17 people, including two doctors assigned to the facility, according to Brad Doboszenski, a public affairs officer with the Minnesota Veterans Affairs Health Care System. 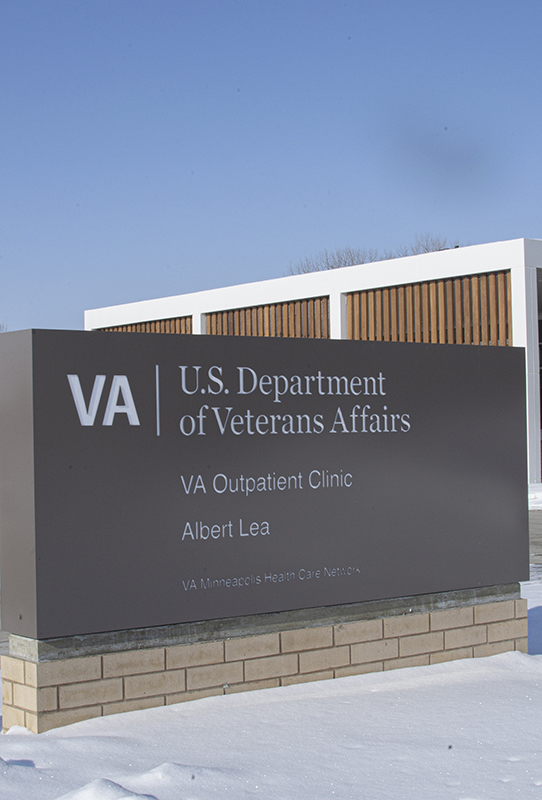 Services at the new clinic are expected to remain largely the same with expanded telehealth options. Hallie Cantu/Albert Lea Tribune

The telehealth services will expand to include auditory sensitivity testing, retinal and dermatology services.

Doboszenski said 1,953 have registered to receive care at the clinic.

Previously, the VA utilized contract employees to work local clinics. The new facility will be fully employed by VA employees.

Catalyst Capitol Holdings LLC and Purple Heart Heroes LLC, both of Los Angeles, partnered to buy the land and construct the building. In October 2019, the VA announced it would lease the facility from Purple Heart Heroes for 20 years (which could be terminated after 10 years) in exchange for $3.84 million.

Two other firms — Capzone Impact Investments LLC and 18 Squared GP LLC — provided the equity for the project. They utilized an Internal Revenue Service program to designate the parcel as an opportunity zone. By improving the distressed area and building the clinic that serves the VA, they’ll be eligible to receive tax benefits.

A representative for 18 Squared said in June 2020 that the Albert Lea site was the first in a series of facilities the two were expecting to close over the next two years.

Washington state is the group’s next focus. A press release from the VA Puget Sound Health Care System says a 26,000-square-foot facility will serve 8,000 veterans later this year in the Everett area. More immediately, “micro-clinics” will open in April in Edmonds, Olympia and Puyallup.