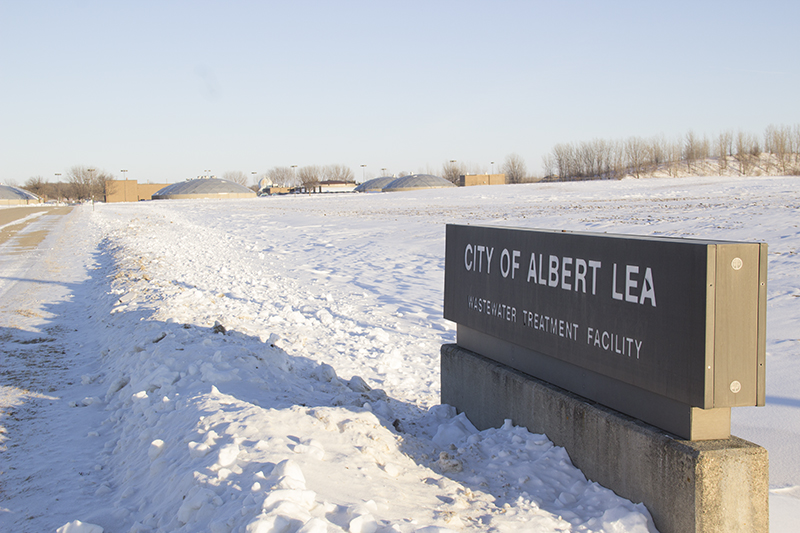 The Albert Lea City Council on Monday approved an almost $665,000 professional services agreement with a Mankato engineering firm for preliminary design services for improvements to the city’s wastewater treatment plant.

The plant treats the sewage from the entire city and then discharges the treated water to the Shell Rock River. The city has a permit with the state of Minnesota that dictates the standards the water must meet prior to discharging.

According to background information provided by the city, the city’s permit with the state — which dictates the standards the water must meet prior to discharging — expired in November 2014, and the state of Minnesota is proposing strict standards that could have an impact on the improvements at the plant.

A few of the councilors brought up the price of the engineering services with Bolton & Menk Inc., and asked how much more in engineering costs are expected. Jahnke said an additional cost of at least the same amount, possibly more, is expected for final design services.

City Manager Ian Rigg said it is not uncommon for 10% of a total project cost to be spent on engineering.

Rigg said the information developed through the firm will better define the scope of the final project and identify funding needs. It will include data collection, permitting assistance, industrial meetings and communication, an evaluation of the plant’s biosolids, chemical phosphorus removal testing, preliminary treatment design and geotechnical evaluation.

The goal of the overall project is to meet permit limits and replace significantly aging infrastructure, while providing the city with long-term treatment technologies to treat wastewater for the next 20 years.

The city has filed a petition for a contested case hearing with the Minnesota Pollution Control Agency about two of the agency’s reports, which will ultimately affect requirements in place for the plant.

Jahnke said he would not move forward with final design work, however, until the contested case is resolved.

Rigg said he hoped to have a closed session about the contested case next week.

• Voted 5-1 to extend the city’s emergency declaration another month in light of the ongoing COVID-19 pandemic.

Rigg said the emergency declaration allows the council to continue having Zoom meetings and to make changes as necessary to city services such as the library to accommodate safety precautions for residents and staff.

“This is going on a year here in one month,” Murray said. “I think we’re past the point of three people deciding what’s going on in the state.”

A few of the counselors voiced opinions that the city should reach out to local state representatives and share a statement with the governor about what is happening in Albert Lea.

All of the counselors voted to move forward with the emergency order except for Murray.

Mayor Vern Rasmussen was not in attendance at the meeting because of a death in his family.

• Approved a modification to the tax-increment finance plan and tax abatement for Vortex Cold Storage to include a different lot because the company wanted to change the direction it could potentially grow in the future.

The company has plans to develop a 125,000-square-foot cold storage facility in the ALEDA Industrial Park.

• Awarded the bid for the 2021 neighborhood improvement project, which will include the bituminous overlay of streets in various parts of the city, along with sections of sidewalk, and curb and gutter replacement.

• Approved a change in the interest for deferred special assessments for city projects against certain properties based on age or disability. The resolution removes the accrual of interest on the assessments while they are deferred and then will reinstate when the deferment is terminated.

• Approved the purchase of a 72-inch high-flow industrial brush cutter for $7,802 from Skid Pro Attachments.

• Approved replacing a hydraulic jackhammer for $13,512 through the Minnesota State Bid Contract. The Utilities Department uses the equipment to remove concrete streets and curbs and break through frost in the winter to make emergency repairs.

The breaker attachment is paired with a backhoe.