MINNEAPOLIS — The former Minneapolis police officer convicted of third-degree murder in the 2017 fatal shooting of an Australian woman who called 911 to report a possible sexual assault has asked the Minnesota Supreme Court to hear his appeal. 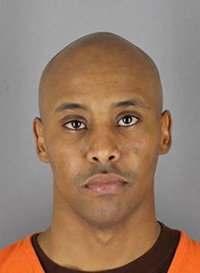 Mohamed Noor filed a petition Thursday asking the state’s highest court to overturn his conviction in the death of Justine Ruszczyk Damond, after a Court of Appeals panel upheld the jury’s decision. Some legal experts say the third-degree murder charge applies only when a defendant’s actions put multiple people at risk, but the appellate panel said it can apply when a defendant’s actions are directed at one person.

The state Supreme Court must now decide whether it will hear the appeal. If it does not, the appellate decision will stand, the Star Tribune reported.

The issue could have implications in the upcoming trial of former Minneapolis officer Derek Chauvin, who is charged with second-degree murder and manslaughter in the May 25 death of George Floyd.

The Minnesota Court of Appeals is scheduled to hear arguments in that case on Monday.

Jury selection in Chauvin’s trial is scheduled to begin March 8.

70% of older Minnesotans to be vaccinated before next…