From behind the lens 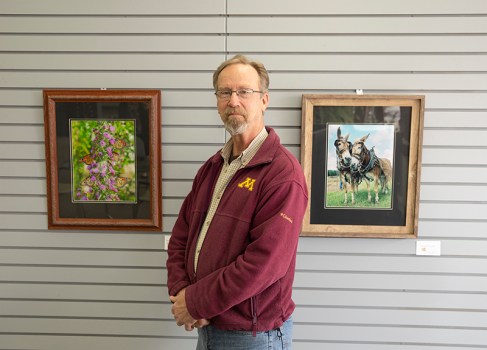 Mitch Pederson, who is part of the Lens and Shutter Photography Club, poses in front of some of his photography featured at the Albert Lea Art Center. Hallie Cantu/Albert Lea Tribune 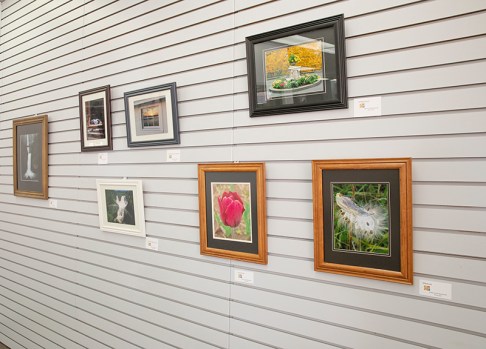 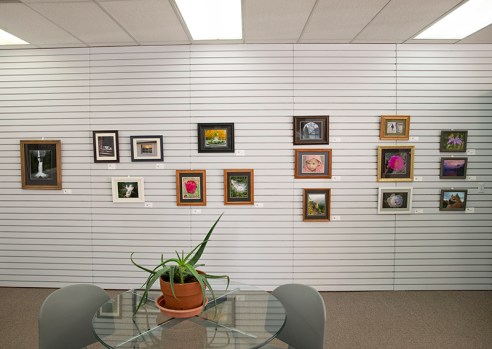 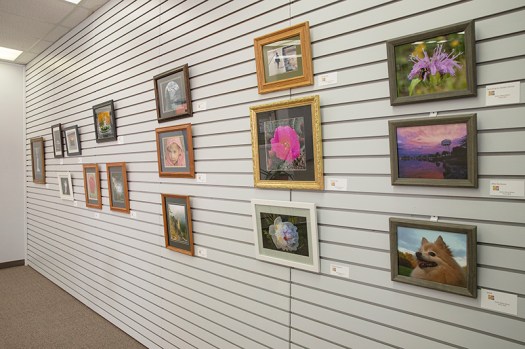 The Albert Lea Art Center features photography of the Lens and Shutter Photography Club in its newest show. Some photos are listed for sale. Hallie Cantu/Albert Lea Tribune 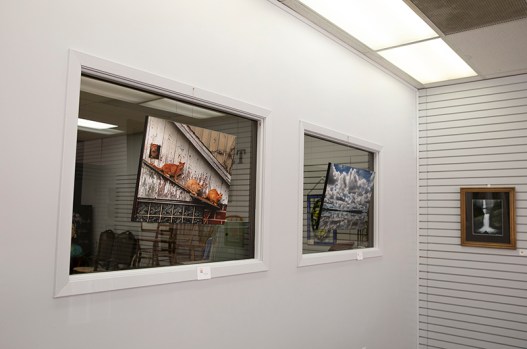 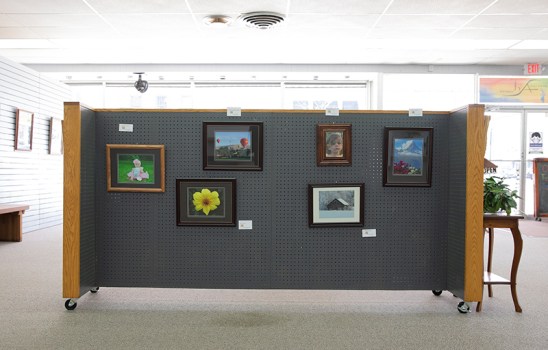 Images captured by members of the Albert Lea Lens and Shutter Photography Club will be on display over the next month in the Albert Lea Art Center’s newest show.

Club member Mitch Pederson said the group has about 20 members, and each member was asked to bring two to three photographs to display.

The photos highlight everything from nature and wildlife to people and events from both the Freeborn County area and across the globe.

“We’re just a group of people who like to get outdoors and mingle at events and capture a moment in time,” Pederson said.

The club has a variety of members, ranging from professional studio portrait photographers, to some who like to photograph nature and others who like to archive their families through the camera. Some also travel, and photograph in other places, while others stay in Albert Lea and the surrounding area and photograph here.

The club typically meets the third Thursday of every month from September through May, but meetings have been halted due to the COVID-19 pandemic. Pederson said he was hopeful to have some meetings in the fall. The club also showcases its work throughout the year at Albert Lea City Hall and Arcadian Bank.

He said new members are always welcome, and people don’t need to be serious photographers to be a part.

“They can run any scope of the gamut,” he said.

The club, which is also part of the North Central Camera Club Council, can be found on Facebook at Albert Lea Lens & Shutter Club. Pederson said they have monthly contests and also share information about photography techniques. In the past, they have also taken field trips to different places to photograph different settings or to practice different types of photography.

If people are interested in joining the club, they can contact club president Darcy Sime at danddsime@yahoo.com or 507-402-2861.

The Albert Lea Art Center is at 101 S. Broadway Ave.