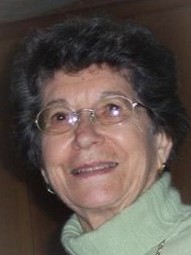 Irene was born November 19, 1924, to Elsie Ramspott Schrader and William Schrader in Easton. She had fond memories of growing up with her family working on the farm. After graduating from Delavan High School, Irene worked as an aircraft radio transmitter and worked at airports in Ohio, Michigan, Illinois, and Wisconsin. Friendships from these experiences continued through most of her life and formed memories that Irene frequently shared with family and that reflected her adventurous spirit.

After marrying Harley Miller in 1947, they farmed, gardened and raised a family on the Miller family farm north of Wells. They later moved to Albert Lea where they lived on the south shore of Albert Lea Lake for over 40 years. Irene was a devout Christian who was active in Wells United Methodist Church and later at First Presbyterian Church in Albert Lea, where she served as a visiting deacon and developed many close friendships.

Nothing delighted Irene more than to spend time with family. Cooking for family and friends was always a priority. Her baking was superb and the family eagerly anticipated her cookies, caramel rolls, pies, holiday tea rings and other treats. Irene also sewed skillfully and created lovely garments for her daughters and herself. She utilized their home grown produce to can, pickle, and freeze vegetables and fruit.

Irene was always on the move and ready to participate, whether in a game of softball or cards or going for a walk. She enjoyed being outdoors and appreciated each season. Irene had a particular fondness for plants and birds, nurturing many plants indoors and tending her flower and vegetable gardens, as well as keeping her bird feeders full and observing her winged visitors.

The hallmark of Irene’s volunteer work was her involvement with Meals on the Go, which she started with three women from Albert Lea in the early ‘70’s. She continued to be involved for nearly 40 years, delivering meals until shortly before she moved to St. Paul. She loved bringing healthy meals to people and developed great fondness for those she met.