Jeffrey Dale Jones, 67, of Chaska MN passed away peacefully at home surrounded by family. Born June 3, 1953 to Dale and Josephine (Helleck) Jones at Naeve Hospital in Albert Lea, MN. He grew up in Albert Lea and graduated from Albert Lea High School. In 1975 he married Donna Schwarz at Zion Lutheran Church in Albert Lea. While living in Albert Lea Jeff worked at Wilson and Company. In the 1980s Jeff and Donna moved to Chaska MN. Jeff worked at Jordan Transformer, L Wilson Power Corp, and General Mills. Jeff attended Living Hope Lutheran Church in Chaska, and then most recently St Andrews in Eden Prairie. Jeff enjoyed time spent with family, wood working, whistling and singing the chorus to random songs, and telling long stories to all who would listen. He made quick friends with the people he met through his undeniable charm and kindness. 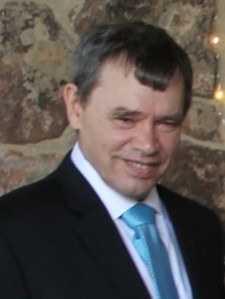 Services for Jeff will be postponed for a future date when we can gather safely.