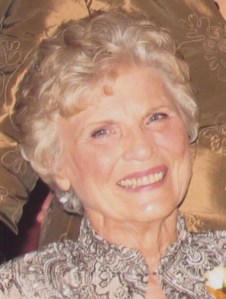 In addition to being a devoted wife and caring mother of four, Joanne held various jobs in Albert Lea, until retiring as a financial worker for Freeborn County.

Joanne enjoyed traveling and camping with Bernard in their motorhome and spending winters in Mesa, Arizona.

Joanne especially loved her grandchildren and great grandchildren, spending time with them, and attending special events, whether it was sports, dance, graduations, and weddings. Joanne treasured the time she spent with her friends in Minnesota and Arizona. She was always an avid Twins and Vikings fan.

A memorial service and celebration of Joanne’s life will be held at a later date. Our family is especially grateful for the compassionate care and support Joanne was given while living at St. John’s, Copperleaf, and Bethesda. Her family prefers any memorials be designated to the Alzheimer’s Association or the American Cancer Society. Arrangements are with Harvey Anderson Funeral Home in Willmar, www.hafh.org.