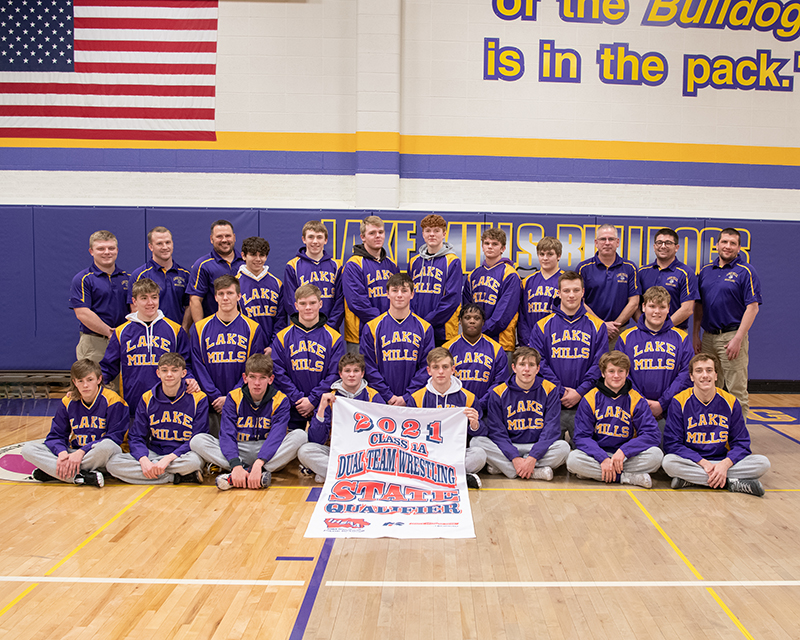 By winning the regional, the program extended its school record to six straight trips to the state tournament. The Bulldogs defeated No. 12-ranked Central Springs, 48-23, after Central Springs defeated Hudson in the semifinal dual, 45-30.

“The atmosphere was electric (Tuesday), and our kids wrestled really well,” said head coach Alex Brandenburg. “It is fun to see all the kids’ hard work pay off with the biggest reward a team can get — a trip to state.”

There were a few good matches sprinkled throughout the dual, but ultimately Lake Mills had too much balance for the Panthers.

“Sometimes it is hard to appreciate how good these wrestlers have been over the past six years,” Brandenburg said. “Even though people are used to the boys qualifying for state year in and year out, it doesn’t take away from how hard it is to be one of only 24 teams in the entire state to make it to Des Moines.”

Undefeated at 27-0 for the year, the No. 4-ranked Bulldogs will take on fifth-seeded Woodbury Central in the first round of the tournament.

The quarterfinal round of the state dual tournament starts at  11 a.m. Wednesday at Wells Fargo Arena.