Gayle Kvenvold, originally from Albert Lea, has been appointed to the board of trustees of Vesterheim, the National Norwegian-American Museum and Folk Art School in Decorah, Iowa. Gayle joins three other new trustees: Kari Espinosa, Brian Larson and Martha Gesme Nielsen. Vesterheim has a national board with 22 members from eight states, the District of Columbia and Norway. 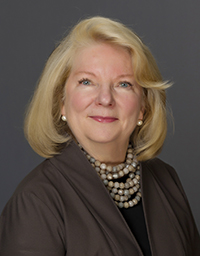 Kvenvold, now residing in Minneapolis, is president and CEO of LeadingAge Minnesota, which is the largest association of organizations serving Minnesota seniors. Kvenvold has been devoted to improving and transforming services and support for older citizens since starting her career in Albert Lea, where she grew up. A committed volunteer and board member, Kvenvold serves on the Minnesota Leadership Council on Aging, the Minnesota Alliance for Patient Safety and the Minnesota Gerontological Society. Kvenvold has been the recipient of many prestigious awards, including five selections by Minnesota Physician as one of Minnesota’s 100 most influential health care leaders and the Dutch Kastenbaum Outstanding Gerontologist Award by the Minnesota Gerontological Society.

Vesterheim, the National Norwegian-American Museum and Folk Art School, welcomes people of all ages and backgrounds to engage in the conversation of the American immigrant journey through the lens of the Norwegian-American experience, and to participate in the continual evolution of traditional folk art as it meets new influences. Vesterheim offers innovative and interactive exhibits, classes and programs, both at the dynamic campus and park in Decorah and online at vesterheim.org and Vesterheim social media. For more information on exhibits, classes, programs, tours, membership opportunities, and ways to donate and volunteer, connect at vesterheim.org, 563-382-9681, and Vesterheim, 502 W. Water St., P.O. Box 379, Decorah, IA, 52101-0379.

Research dinner topic will be stress, mental health and…