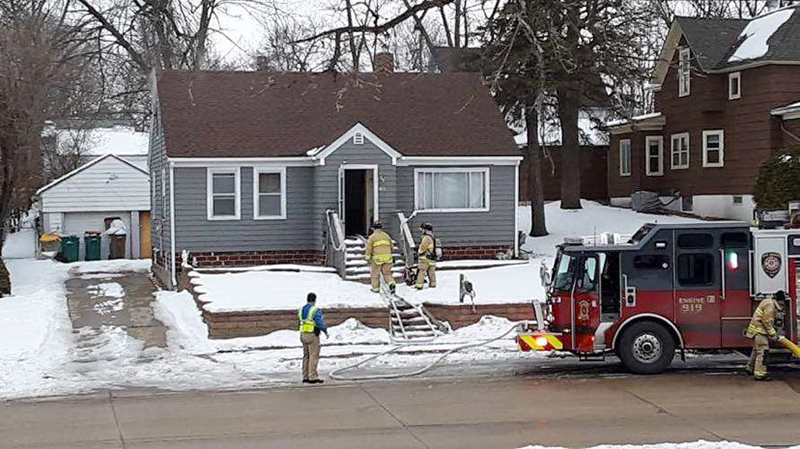 An Albert Lea home was damaged by fire Sunday afternoon in what appeared to have started from an overheated electrical circuit.

Albert Lea firefighters were dispatched to the fire at 3:49 p.m. at 611 Johnson St., according to a news release. At the time of the emergency call, six people were reportedly inside the home.

When firefighters arrived, they began to remove the people out of the home, who had not evacuated because they were attempting to grab pets. All people were on the main level, and no injuries were reported.

As firefighters worked their way upstairs, they found black smoke on the second floor. The release stated firefighters found the fire and extinguished it quickly.

The cause of the fire was found to be an overheated electrical circuit due to an extension cord being used to run a space heater, the Fire Department stated. 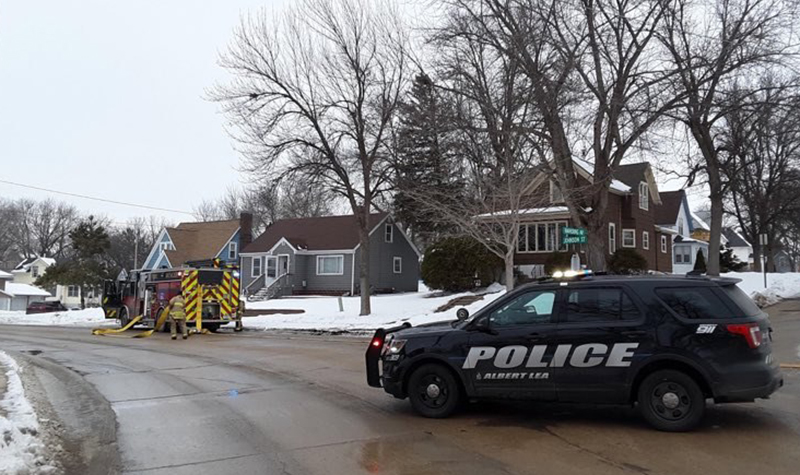 Emergency crews respond to a house fire in Albert Lea on Johnson Street Sunday afternoon. No one was injured. Photo courtesy Tom Jones

The release reminded people that space heaters of any kind must be plugged directly into the wall outlet and should be turned off if you leave the area where they are plugged in.

The Fire Department also reminded people to get out of a home immediately in case of a structure fire.