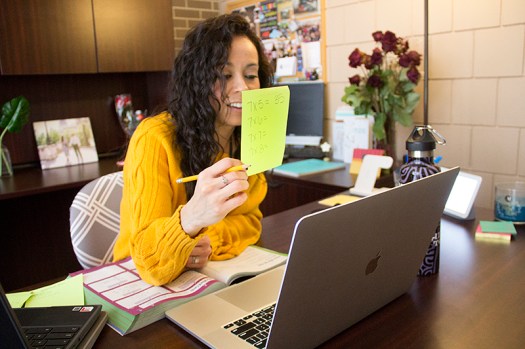 Success coach Johanna Reyes works on math and identifying numbers in English with a Spanish-speaking student through the computer in December while all Albert Lea Area Schools students were on distance learning. Sarah Stultz/Albert Lea Tribune 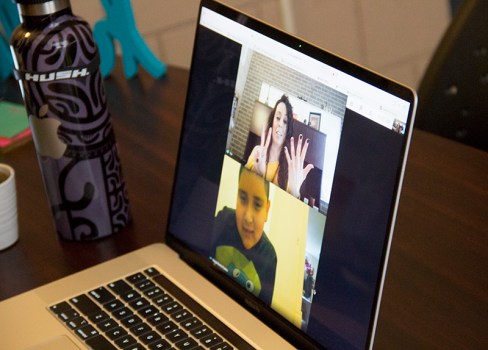 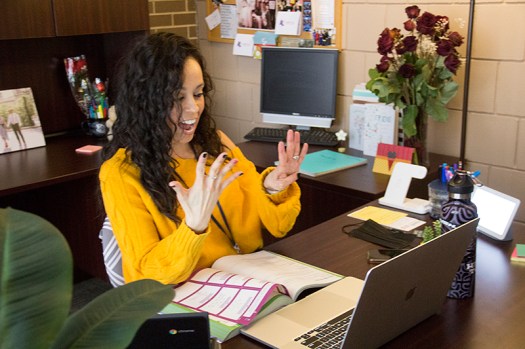 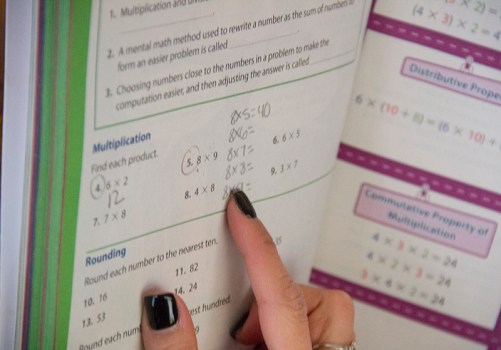 With students on distance learning for much of the year, the role of success coaches has been even more critical

When Albert Lean Johanna Reyes was 8 years old, her family moved from Colombia to the United States.

Living in Miami at the time, she said she didn’t know English at first.

“It was terrifying,” she said. “Having someone to help you makes a big difference.”

Reyes, who moved to Albert Lea in 2014, now works as a success coach through the Albert Lea school district to help other students who were once in her shoes.

She said though her primary focus as a success coach is to help students who are below grade level for reading or math, the role often develops into much more. In some cases, she has helped teach English to students who have come into the school district only knowing Spanish, and she often becomes a resource for the families of the students, helping them around the clock if they have other questions.

“I love that they can count on me like that, and I can help them,” she said. “It’s a way of me paying back for what they did when my family and I came to this country.”

Reyes said there are six Spanish-speaking success coaches in the district; each school also has a Karen-speaking coach, and there is one Nuer-speaking coach who travels around to the different schools.

In the last year with the COVID-19 pandemic, their roles have become even more critical as they are often the bridge between teachers, students and their families, and oftentimes become vital information resources for other things happening in the community.

“I just love making connections with the families,” she said. “I feel like us as success coaches, we’re their voice, not only in the school setting but in the community.”

In December, Reyes worked with a student who had just moved to Albert Lea from Mexico and lived with his aunt.

She said he had started school about three weeks prior as the district was in the middle of distance learning because of the pandemic. When he first got there, she said he started crying because he couldn’t understand the technology.

After he came in and was taught more about it, the student then asked if he would ever learn English. She said they partnered him with another student who didn’t know English either three years ago but in the time since has learned the language.

“To see his face light up when he realized he could do it, too — another teacher and I almost cried,” Reyes said.

During distance learning, she has connected with the student on Google Meets, and as his teacher talks with the class, she is able to explain things as they go. They also connect back after the class on the the classwork, as well.

In addition, as of December she had worked one-on-one with the student on the basics of English, including the alphabet and sounds of English words and numbers.

Reyes said another part of her job is translating phone calls or documents for parents and translating when teachers have conferences or otherwise need to connect with parents.

They also do some home visits, though those have been limited during the pandemic.

Though she said her role has been more challenging in some ways during distance learning, she also thinks staff and the community have gotten closer together.

“They’re relying on us more,” she said. “I feel like our families are part of the school community because they know they can come and find someone.

“It’s been challenging but not impossible — a new opportunity to grow and learn new things.”

‘They are relying on us a lot’

Knyaw Say Paw is a Karen-speaking success coach at Sibley Elementary School, who started this school year in the position.

She said using technology for distance learning has been a challenge for the Karen families she has worked with, many of which have never used Chromebooks or iPads before.

“Imagine talking to a person who has never used technology,” Paw said. Though it was difficult at first explaining things without being in-person, she said things got better over time.

She said she works with 49 students from 30 families and tries to meet with them all two times a week — there are some she talks with every day.

“Right now they are relying on us a lot,” she said, though she noted she tries to help families be as independent as possible, too.

All were looking forward to returning to school in January.

She said she is grateful to be a success coach, especially during the pandemic, and has felt honored to help the students and families she has worked with.

“I learn so much,” Paw said. “I become a teacher. I become a student. I become an expert of technology.”