The ongoing battle for funding for educating students in area schools 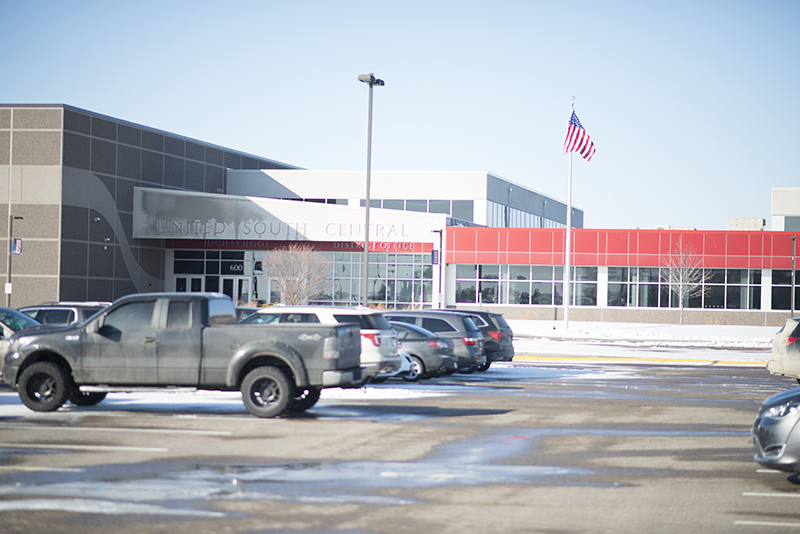 United South Central School District passed a vote to renew its existing operating levy for another 10 years. The levy provides about $900,000 of revenue, equating to $1,180 per student. Tyler Julson/Albert Lea Tribune

While Albert Lea and NRHEG were both requesting increases to their operating levies, United South Central requested to have their existing referendum renewed.

“This levy provides additional revenue for just general operating purposes in the district,” said USC Superintendent Keith Fleming. “We rely on that for budgeting purposes and to provide smaller class sizes, and additional programming and services for students.

The levy provides about $900,000 of additional revenue, which equates to $1,180.49 per pupil. The referendum will be levied in 2020 for taxes payable in 2021 and will be in place for another 10 years. It is subject to increase with the annual rate of inflation. The previous referendum was passed in 2010.

Fleming said the district was able to operate with a balanced budget, which is the main reason why the district asked for a renewal instead of trying to push for more money.

The renewal has minimal impact on property taxes within the school district. Fleming estimated that for a home valued at $100,000, the tax increase would amount to about $4. It also has no impact on agricultural property, only taking into effect the house and one acre of land for farms.

Fleming said it was difficult to say what exactly the funds would be used for because the money goes into the general operating funds. However, he said the funds have gone to providing one-to-one devices for all the students, as well as a strong Wi-Fi signal throughout the school. The smaller class sizes at United South Central are also thanks in large part to the referendum funds. 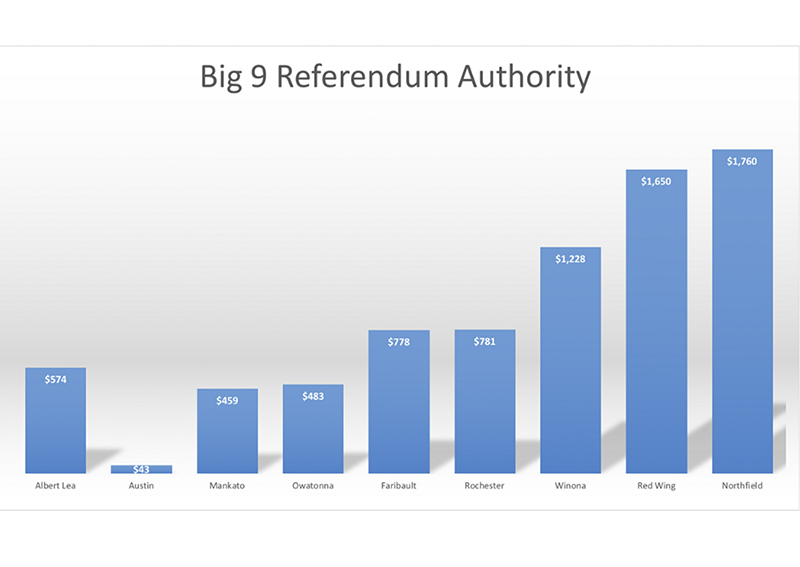 This chart shows operating levies for other schools in the Big NIne Conference before the November 2020 election cycle. Albert Lea’s operating levy currently sits at $574 per pupil after the increase was voted down. Provided

Fleming said there are a number of services the school would not be able to provide at all without the help of the operating levy.

Fleming said without the levy, the district’s budget would take a significant hit and would result in the loss of programming and services for students, as well as some staff positions within the school.

“I really want to communicate how appreciative we are that we have the support from our communities,” Fleming said. “Passing this operating levy is just another example of that.”

The referendum would have equated to a $3 monthly increase in taxes to a home valued at $100,000.

“I am disappointed to see the regional trend against supporting school districts in this pandemic environment,” said Albert Lea Area Schools Superintendent Mike Funk in a November interview. “Albert Lea Area Schools will be coming back to the voters in 2021 to gain support for our district to avoid 3.5 million dollars in cuts that our district will face after our referendum expires in 2022.”

Currently, the NRHEG school district does not have any additional operating funding approved by voters. In a study released by the school in 2019, NRHEG ranked 276th out of 332 Minnesota school districts in revenue received.