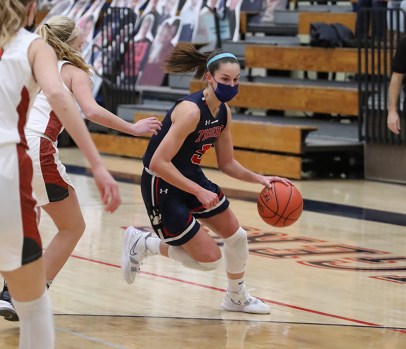 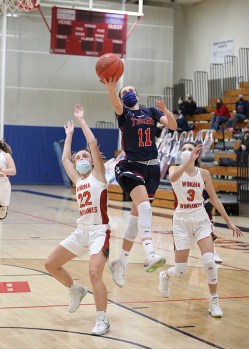 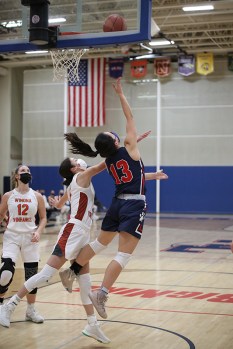 Kendall Kenis puts the ball up for a reverse lay-in Friday night against Winona.

The Albert Lea girls’ basketball team hosted Winona Friday night in an effort to win their second game of the season.

The Tigers got big performances from many players, including a huge 24-point game from junior Taya Jeffrey, to dominate the Winhawks, 62-33.

Albert Lea held a 12-point advantage at halftime before really turning on the energy in the second half, outscoring the Winhawks 37-20 after halftime.

The Tigers climb to 2-9 on the season and will be back in action Tuesday when they hit the road to take on the 7-3 Packers of Austin.