‘We plan to be here for them for some time’ 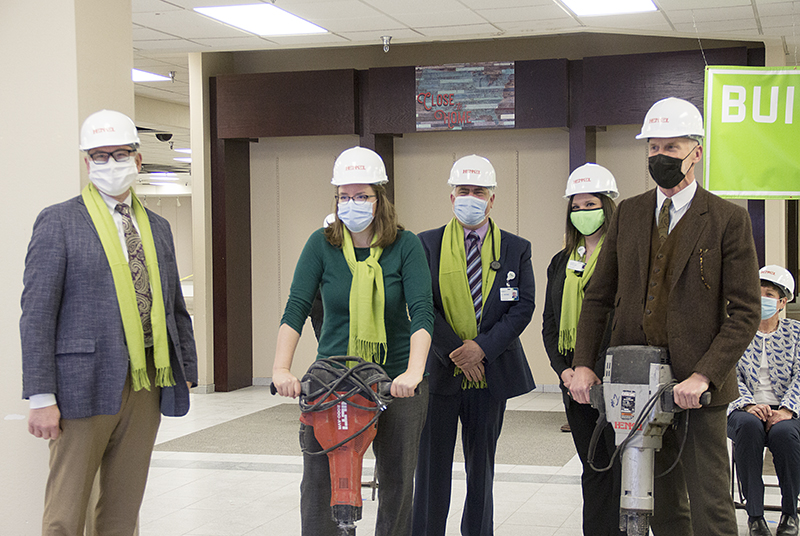 Drs. Brittany Waletzco Bartz and David Heine, center, were the first two doctors hired to work at the new MercyOne clinic at Northbridge Mall. Here, they are pictured at the groundbreaking ceremony for the new clinic in January. Sarah Stultz/Albert Lea Tribune.

The hard work of the Albert Lea Healthcare Coalition has paid off in the form of a new MercyOne clinic set to open in the former Herberger’s building in the Northbridge Mall.

Drs. David Heine and Brittany Waletzco Bartz are the first two doctors who have been hired to work at the clinic, and both are excited to become a part of the Albert Lea community.

Heine, who received his medical degree from Mayo Medical School in Rochester, worked as a private family physician in Decorah, Iowa, for about 10 years before moving to Cresco, Iowa, to work for the Mercy clinic there.

Based on his training and expertise, Heine said the opportunity to come and start the new clinic in Albert Lea was one he needed to jump at.

“Albert Lea was the place I needed to be,” Heine said. “I had done some graduate work at St. Thomas in Minneapolis. I got a graduate degree in physician leadership and clinic building, so I had some background for something like this. MercyOne has made this opportunity available, and it’s just really been exciting. It’s fun to be a part of the building project, it’s fun to meet new patients and it’s fun to be part of a new community.”

Waltezco Bartz, originally from Albany, Minnesota, went to school at St. Olaf in Northfield before going to medical school in Des Moines. She completed her residency at MercyOne in Mason City. Waletzco Bartz said she was attracted to Mason City because that clinic is well known for its family medicine program and training people well to do deliveries from a family medicine perspective.

Waletzco Bartz was offered the job, and after a meeting with Heine and members of the coalition, she immediately felt confident that she wanted to be involved in the project.

“I met Dr. Heine and immediately felt good about our relationship and that we would be able to work really well together,” Waletzco Bartz said. “It led me to feel confident that this was going to be a really cool project to be a part of. It kind of goes both ways, that I could serve a need in the community here, but also be able to fulfill some of the things that I love to do.” 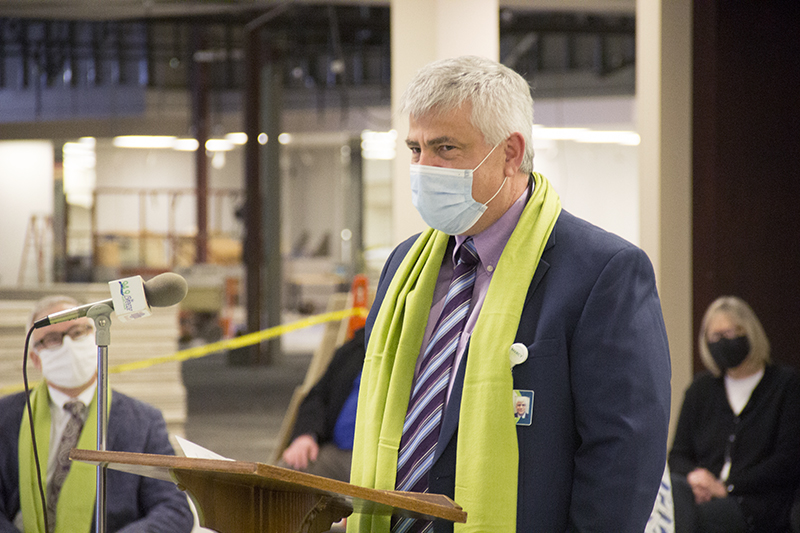 Dr. David Heine said the opportunity to come and start the new clinic in Albert Lea was one he needed to jump at. He has experience in physician leadership and clinic building. Sarah Stultz/Albert Lea Tribune

While both doctors are excited to get to work in the new clinic, that doesn’t mean some small challenges haven’t presented themselves along the way.

Working in a temporary space while the new clinic is constructed has forced the team to come up with some creative solutions to day-to-day tasks. Waletzco Bartz said just expanding into the new space will help in many facets.

“Once we get in the new space, we’ll be able to expand our providers and our staff to really serve the community,” she said. “We’re here, we want people to know that, but we’re looking forward to the growth that’s to come.”

Heine added that starting a new clinic also comes with the challenges of meeting all new patients and learning their medical histories. He also said figuring out whether insurance companies were in-network or out-of-network was a bit of a challenge for both the staff and patients alike. He encouraged patients to contact their providers to make sure they are in-network as the most successful way around the problem.

Waletzco Bartz currently commutes from Mason City to the temporary clinic, and will be looking at houses in Albert Lea come springtime with her husband and young son.

Heine moved to Albert Lea with his family and has enjoyed being out in the community.

“It’s a little awkward because of the pandemic,” Heine said. “There are lots of things that I would like to be doing, but as a family we’re still cautious about COVID exposure. We haven’t been able to try every restaurant we’d like to. We haven’t had those opportunities to meet people socially in town as much as we would like. However, we’ve done more biking, kayaking and tennis playing in the last nine months than we had in our previous 20-some years of marriage.”

The first phase of the new clinic is expected to open in July, but both Heine and Waletzco Bartz are currently seeing patients in the temporary location in the mall.