A feast fit for a voyageur 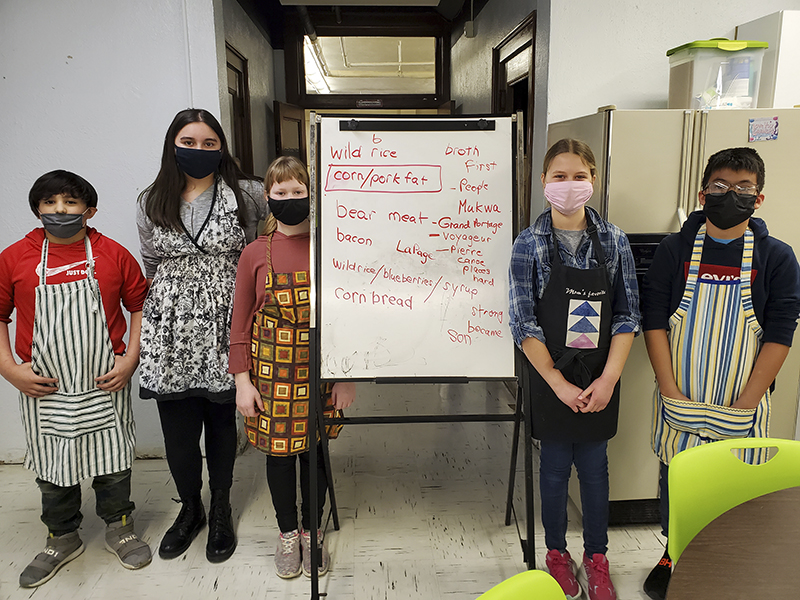 Fourth through sixth graders at St. Casimir’s School recently had a feast after finishing “The Broken Blade” by William Durbin. Provided

What is a voyageur, and why are they feasting?  Ask any of the fourth- through sixth-grade students at St. Casimir’s School, and they could tell you without hesitation. In their study of Minnesota history, the companion read-along-book has been “The Broken Blade” by William Durbin.

Each day the students followed the story’s main character, 13-year-old Pierre LaPage, on his journey into manhood. As the youngest member of the brigade, Pierre tried to prove himself to the men of the North West Company, learning the ways of a voyageur and paddling from Montreal to Grand Portage. Bragging and brawls between the seasoned canoe men were a new part of Pierre’s life. They traveled 2,400 miles through the Great Lakes. Pierre paddled in just one of the many canoes filled with trade goods destined for Grand Portage. The men returned to Montreal with pelts that would be shipped to Europe. The voyageurs played their part in the massive fur trade that supplied the fashionable beaver hats seen throughout Europe in the 1700s. 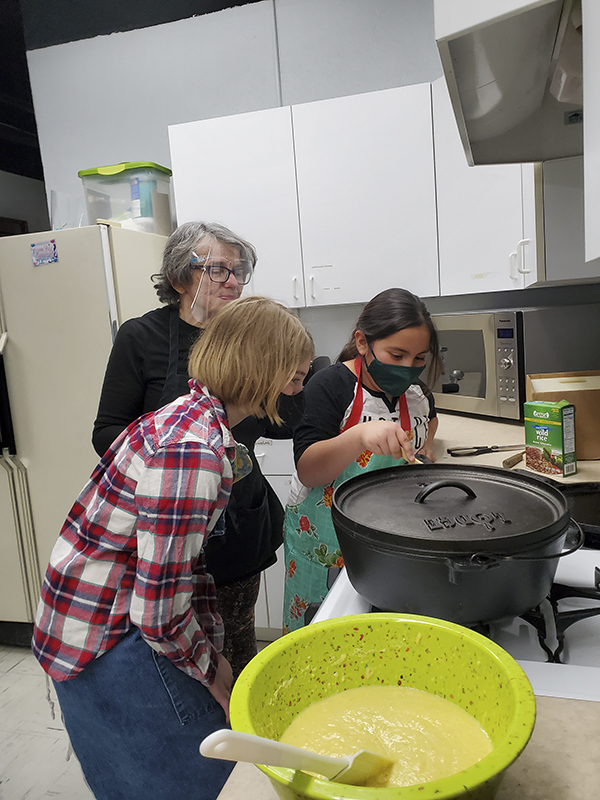 Students cook for the feast at St. Casimir’s School. Provided

The dangers of the journey were made real for the voyageurs. They would solemnly pass paddles marking the graves of those who did not survive the rapids, portages and perils of the journey. Those broken blades of the paddle would be all that remained.

The arrival at Grand Portage on Lake Superior marked the halfway point of the voyageurs’ grueling work. After unloading their trade goods and loading up the canoes with pelts, they would turn around and follow the same route back to Montreal. Before the canoes would leave, there would be a rendezvous of traders, Ojibwe trappers and the voyageurs at Grand Portage. Feasting, dancing and fighting would fill their days at the stockade on our own Lake Superior. This is the story of The Broken Blade.

While reading of Pierre’s adventures, many of the action-packed scenes were brought to life in the classroom. For instance, the students learned to ship oars and back paddle by moving chairs to form their own canoe. The class came to know the characters so well, as if they had traveled the route themselves. When the final page was turned, the class joined together in reading the last sentence in unison.  After some discussion and a vote by the students, the motion passed to hold a celebratory feast such as would have occurred in Pierre’s surroundings. Using the familiar writing tools of who, what, when, and where, the students planned the feast.

Finally, the food was ready. The students sampled unfamiliar bear meat along with boiled corn cooked in pork fat. Bacon and cornbread were a bit more familiar. Wild rice with blueberries and maple syrup rounded out the menu. This dish was a staple among the First Nation families of northern Minnesota. After making a sample plate for the custodian, the cast iron pots and pans were washed, the dishes put away and the kitchen was back in order.  The students returned to their classroom, formed the voyageur‘s canoe one last time and paddled into the past.