A special visit during a difficult time 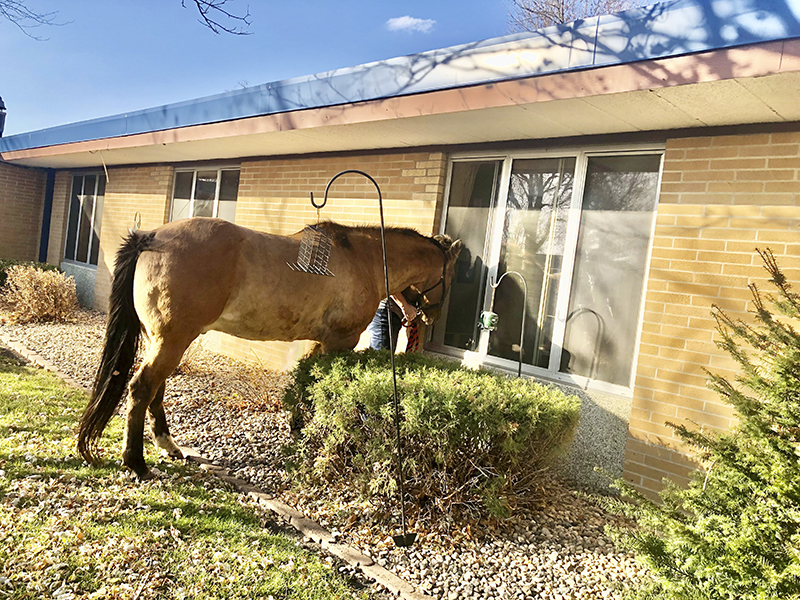 Buck the horse looks into the window to visit his owner Jack Peterson, a retired veterinarian, at Parkview Care Center in Wells this past fall. Provided

Editor’s note: After this story was completed, we received word of Jack Peterson’s passing. We decided to keep the story in this edition to honor him and those who sought to brighten his day.

For a little over 60 years, Jack Peterson of Bricelyn practiced veterinary medicine.

So it seemed only fitting when an idea came up to bring in his and his wife’s horses for a window visit outside Parkview Care Center, where Peterson now resides. 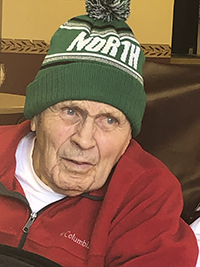 Amidst the COVID-19 pandemic, in-person visits had been limited to outside the window, and his wife, Janet, said some of their friends wanted to do something to cheer him up.

“They got the idea if they could bring his horse over to the window,” she said.

The friends, Julie Sahr and Susan Gudal, brought in Buck, her husband’s horse, and Jake, her horse. She said they have had horses all their lives, and also have some other horses that are in other locations.

“The horse went up to the window, and Jack talked to his horse,” his wife said. “The horse perked his ears up. I think he recognized his voice.” 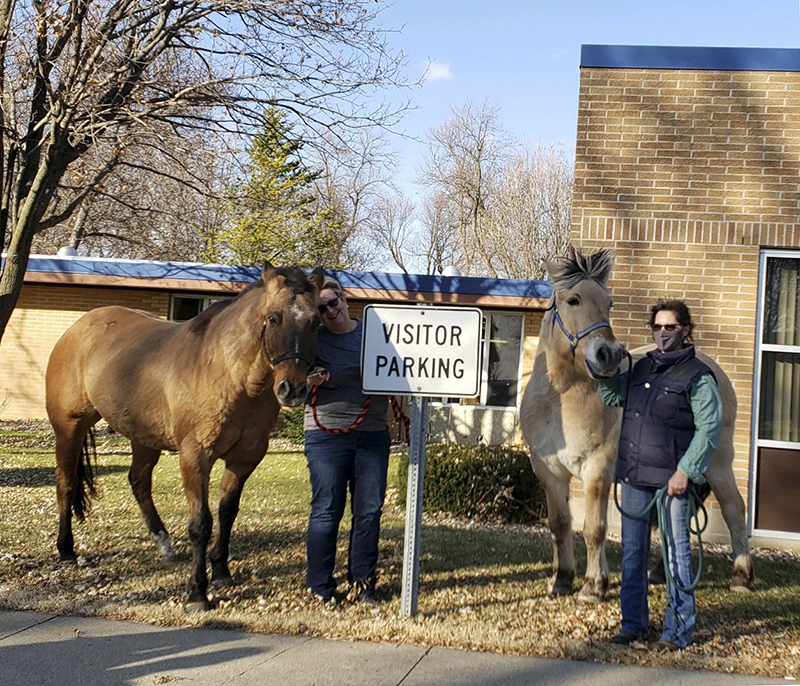 Jack Peterson’s horse, Buck, came to visit him in the nursing home, along with his wife’s horse, Jake. Provided

Kim Olson, one of the people who saw the visit, said both horses took their turn and stood quietly at the window and listened to the former veterinarian talk.

In total, the visit lasted probably about 15 minutes and brought excitement not only for Jack Peterson, but for other residents and staff, as well.

“There were several health care workers who were so excited about it,” Janet Peterson said. “They came right out to pet the horse.”

She said her husband had lived at Parkview Care Center in Wells for about two years because of worsening progressive supranuclear palsy.

“It was hard for him to even believe that this had happened,” she said. “He was just so happy to see one of his horses again.”