An Albert Lea man was sentenced to three years in prison Thursday for his role in a drive-by shooting last May on Gene Avenue. 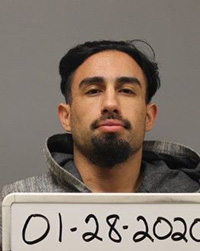 During his December hearing, Rodriguez admitted to driving into a trailer park, discharging a firearm on the 1200 block of Gene Avenue and injuring a man. The man was taken to Mayo Clinic Health System in Albert Lea before being taken to St. Marys Hospital in Rochester for an injury to his arm.

In the second case, Rodriguez admitted to pulling a pocket knife out on his sister and threatening her during an argument in his family’s home on Aug. 30, 2019. He did not cause any injuries but had demanded her to leave the house.

Rodriguez will be required to serve 24 months in prison and 12 months on supervised release in the shooting case, and received credit for 281 days already spent in jail.

Time for the two cases will be served concurrently.

Freeborn County District Court Judge Ross Leuning warned Rodriguez that if he had any disciplinary actions while in prison he may not be eligible for supervised release and instead have to serve the full sentences in prison.

Leuning encouraged Rodriguez to take advantage of the programming in the prison so that when he is released he can become a contributing member of the community.

Felony charges of first-degree assault, drive by shooting, ineligible person in possession of a firearm and a second charge of second-degree assault were dismissed at the sentencing, along with charges in a third case tied to an alleged knife-point abduction in April.