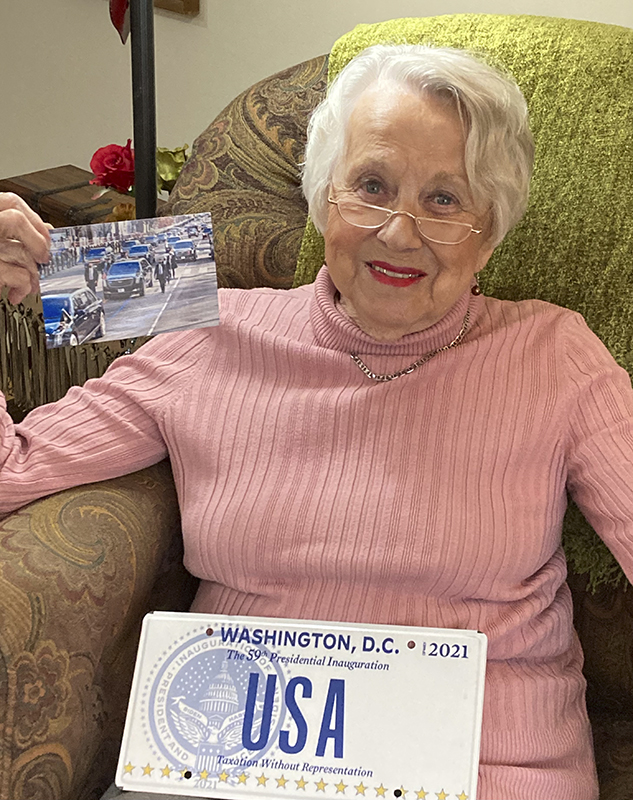 Colleen Invgaldson holds up a picture of her grandson, who took part in the presidential motorcade from the recent presidential inauguration in January. Provided

While most people watch the festivities surrounding a presidential inauguration on the television or online, one local woman’s grandson got to take part in them first-hand as a member of the Secret Service for President Joe Biden.

Colleen Ingvaldson, who lives at Thorne Crest Senior Living Community, said her grandson, Nick Wadding, has been in the Secret Service for about 12 years and spent Christmas a few years ago with former President Barack Obama.

“He’s been all over,” Ingvaldson said.

Wadding is the son of Kim and Judy Wadding and grew up in Iowa.

She said her son was a chief of police in Dubuque, Iowa, and   when her grandson grew up, he went to college and decided he wanted to be a police officer, too.

After time working as an officer in Iowa, he decided he wanted to work for the Secret Service and was accepted.

The grandmother said her grandson spent his first years in the Secret Service in Nebraska and then has spent the remainder in Washington, D.C.

She has a picture of him walking next to the president’s vehicle during the presidential motorcade on Inauguration Day this year.