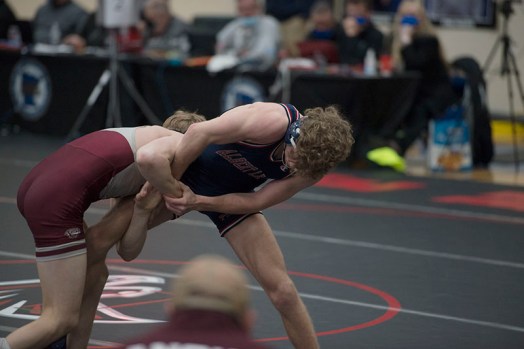 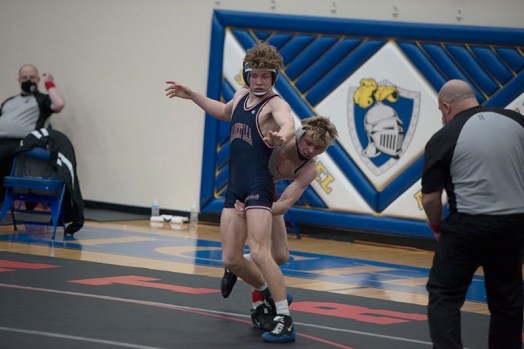 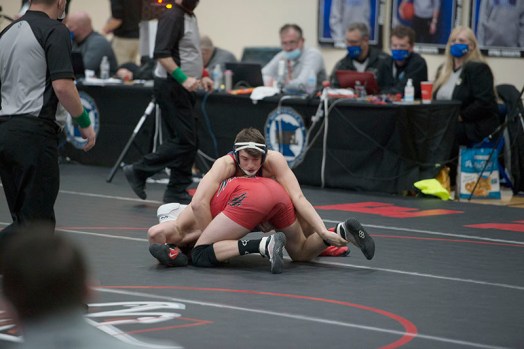 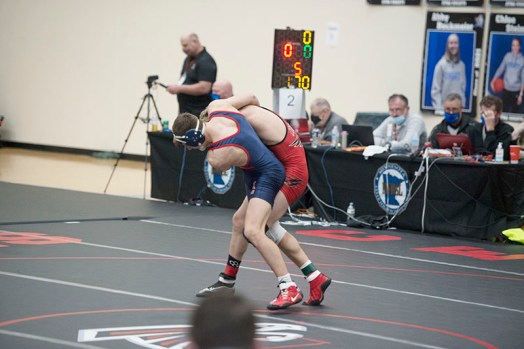 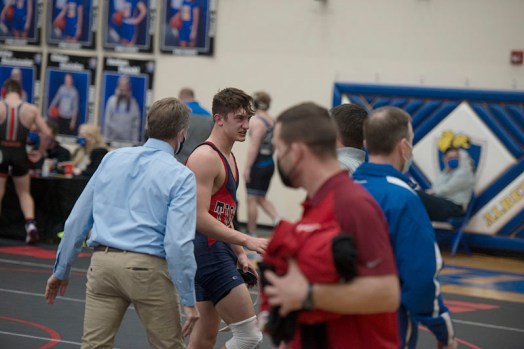 Talamantes celebrates with his coaches after his quarterfinal win. Tyler Julson/Albert Lea Tribune 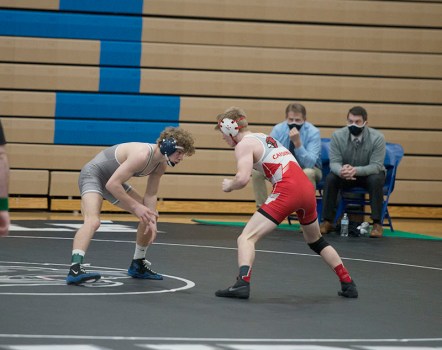 Davis looks to shoot on his opponent in the semi finals of the consoaltion round. Tyler Julson/Albert Lea Tribune 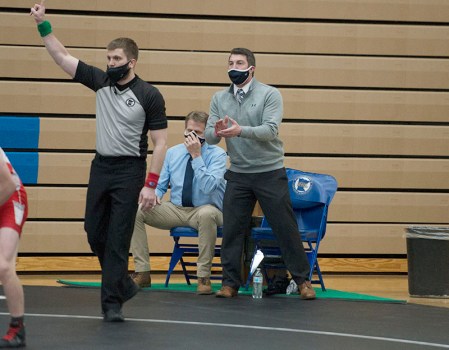 Head coach Paul Durbahn encourages Davis from the side of the mat. Tyler Julson/Albert Lea Tribune 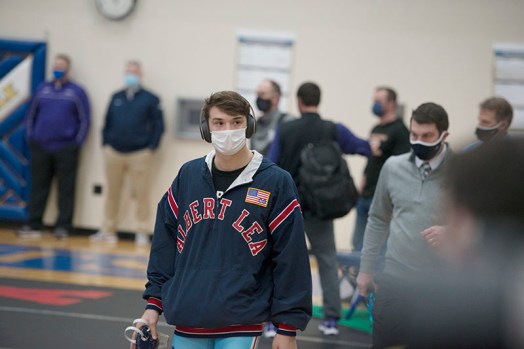 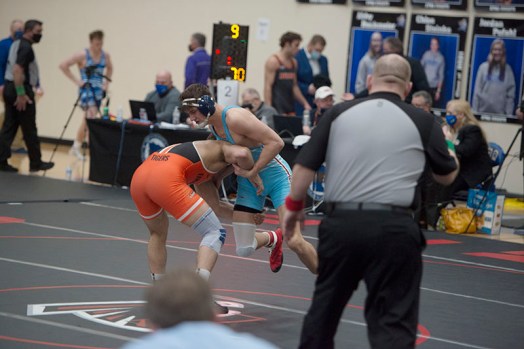 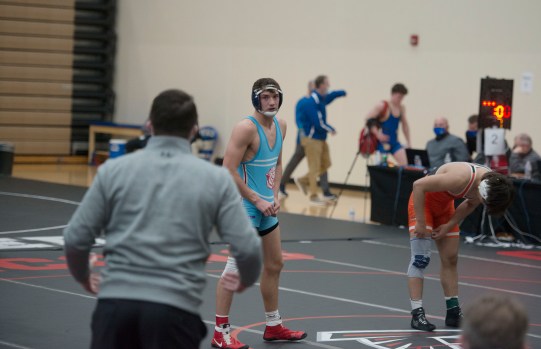 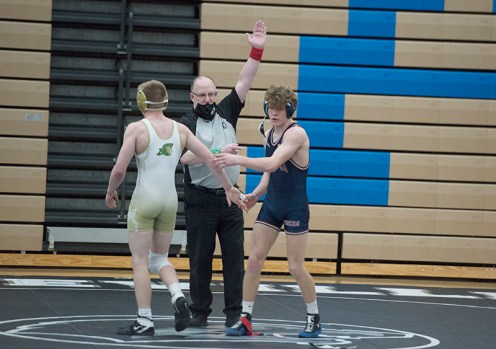 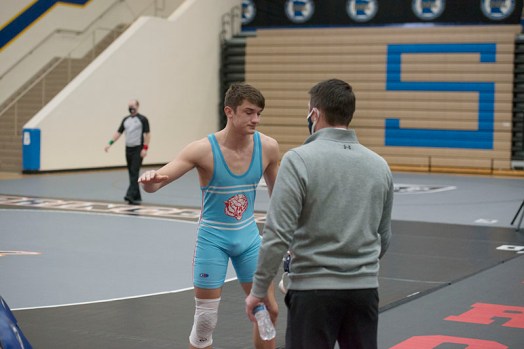 Talamantes gets some last minute advice from Durbahn before his third-place match. Tyler Julson/Albert Lea Tribune

Senior Caleb Talamantes and junior Cameron Davis earned a spot in their respective weight classes by qualifying in the prelim tournament last Saturday.

While neither came away from the tournament with a state championship, both finished the day as place winners, Davis finishing in fifth and Talamantes finishing in fourth.

Talamantes, ranked No. 4 at 170 pounds, won his quarterfinal match, defeating No. 4-ranked 182-pounder and Coon Rapids senior Alex Kowalchyk in an 8-3 decision. The win for Talamantes marked Kowalchyk’s first loss of the season.

Talamantes moved into the semifinals where he met Farmington freshman No. 3 Cole Han-Lindemyer. This was a rematch from the state prelim meet in which Han-Lindemyer defeated Talamantes in the championship final.

The semifinal match was much closer than their previous meeting. Talamantes tied the match late in the third period, scoring a two-point takedown with 30 seconds remaining. Talamantes rode on top for nearly the remainder of the period. Unfortunately, Han-Lindemyer scored an escape point in the very final second to take a 6-5 decision victory.

The loss moved Talamantes into the third-place match, where he took on No. 2 Mounds View senior Mannix Morgan.

In the third-place match, Talamantes fell to a couple early takedowns and was battling an uphill slope for most of the match. Talamantes eventually fell in the match via a 10-4 decision. He ends his season and career as a Tiger with a season record of 30-4 and with a fourth-place finish at 170 pounds.

Davis, the No. 2-ranked 138-pounder, took on Anoka junior Brendan Howes (No. 4) in a quarterfinal match. Davis fought hard, but ultimately came up short in a 13-6 decision. The loss sent him into the consolation bracket where he could still climb as high as fifth place.

In the consolation bracket, Davis took on Willmar senior Caden Carlson and came out on top of a dominant 8-2 decision, putting him in the fifth-place match.

In the fifth-place match, Davis battled No. 6-ranked Rochester Mayo senior Marshall Peters. Davis again controlled the match start to finish, eventually winning in a 5-2 decision. Davis finishes his season with a 35-2 record and a fifth-place finish at 138 pounds. His only loss of the tournament came at the hands of the eventual state runner-up.