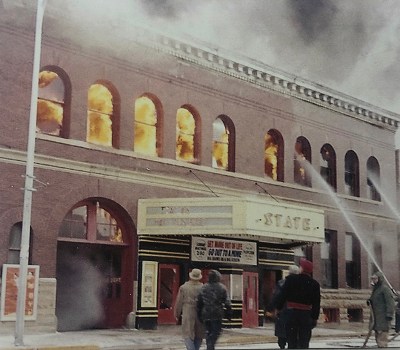 Flames can be seen through the windows of the former State Theatre in Wells during a fire on Jan. 20, 1959. The fire started during a showing of "Cat on a Hot Tin Roof." The city of Wells plans to bring back the movie for a special viewing this weekend at The Flame Theatre, which was built in its place. Photo provided by the city of Wells 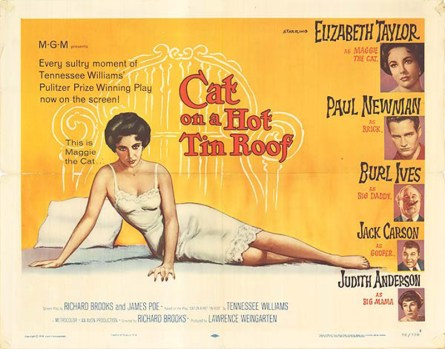 "Cat on a Hot Tin Roof" was nominated for six Academy Awards. Provided 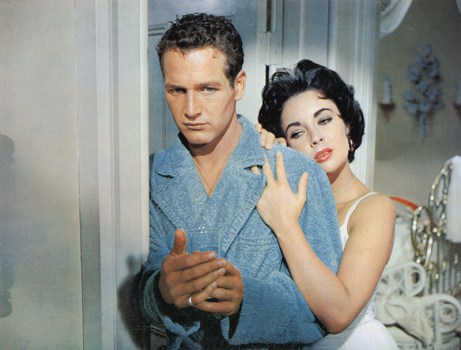 Paul Newman and Elizabeth Taylor in "Cat on a Hot Tin Roof," which will play at the The Flame Theatre in Wells this weekend. Provided 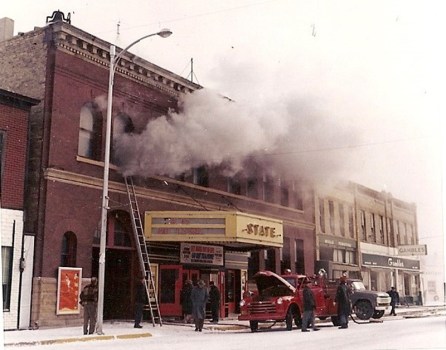 Smoke is seen coming out of the former State Theatre in Wells on Jan. 20, 1959. Photo provided by city of Wells 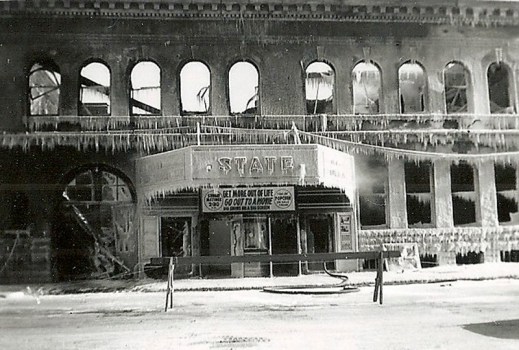 The former State Theatre in Wells sits covered in icicles after it was destroyed by fire in January 1959. The theater was ultimately rebuilt and replaced by what is now known as The Flame Theatre. Photo provided by the city of Wells

Playing up how the theater got its name, city hopes to draw support for the theater amidst pandemic

More than 62 years after the movie theater in Wells was destroyed by fire, the theater that received its namesake from the fire has plans this weekend to bring back the classic movie that played that day.

Wells City Administrator CJ Holl said The Flame Theatre has been closed for much of the last year because of the COVID-19 pandemic — with exception of a short time in the summer without much success with older movies. The city has received many questions about when it will reopen.

Holl said it has been challenging being a single-screen theater and having limited new releases. He noted The Flame Theatre is one of the only city-owned and city-operated theaters in the state.

“We’ve been trying to think of a way we could do something,” he said.

The idea came up to show “Cat on a Hot Tin Roof,” the very movie that was playing when the fire broke out in what was then called the State Theatre in 1959. The movie was nominated for six Academy Awards including Best Picture, Best Actor (Paul Newman), Best Actress (Elizabeth Taylor) and Best Director.

According to information provided by the city, the fire was discovered at about 1:50 p.m. on Jan. 20, 1959, after several people reported noticing smoke coming from the roof of the building.

The fire reportedly started on the back roof of the building and spread to the theater auditorium. It ultimately destroyed the two-story brick building that also housed city hall, the police and fire departments and the city jail. Wells firefighters had to rescue their own rigs and fire-fighting apparatus from the burning fire hall before they could battle the blaze, the information stated.

After the fire, the structure was rebuilt, and people had the opportunity to submit names for the new theater. Mrs. August J. Schulz was named the winner for her entry of Flame Theatre, and the theater reopened with the new name on Oct. 29, 1960.

Holl said the audience for “Cat on a Hot Tin Roof,” which has never been shown in Wells since the day of the fire, will be limited to 75 people at each of two showings — one at 7 p.m. on both Friday and Saturday. The city is taking reservations for seats at 507-553-5713.

Holl said the movie will be free, but limited concessions will be available for purchase. There will also be raffle tickets sold at $1 per ticket, with proceeds from the concessions and raffle to go back to the theater. “Cat on a Hot Tin Roof” memorabilia, including magnets, movie posters and studio shots of Newman and Taylor will be given out as raffle prizes, and there will also be Flame T-shirts and sweatshirts for sale, as well as “What About the Movies” books by Mankato native Cody Benjamin. Holl said Benjamin is a CBS sports reporter who wrote a book about the movie industry, which includes a chapter featuring The Flame Theatre and small-town theaters. Other previously shown original movie posters will also be for sale for $2 each.

The Wells Fire Department will be on hand with a fire truck, showcasing a period firefighter uniform from the 1950s when the fire would have taken place, along with an old hand crank fire siren and some other gear.

“We’ll play up the fact of how The Flame got its name,” Holl said.

Looking forward past the event, the city administrator said he wants to let the community know the city still plans to reopen the theater and is closely watching the governor’s new rules.

“As soon as there are some newer movies we can get, we can open up,” he said.

The Flame Theatre was one of 74 theaters last month that was awarded a COVID-19 relief grant from the Minnesota Department of Employment and Economic Development. He said the $15,000 grant the theater received will go to support the theater until things are at the point where it can reopen.