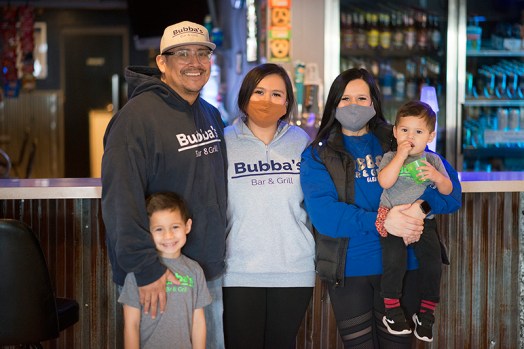 Arnold Zuniga, left, along with his daughters McKenzie and Brittani Zuniga, stand in front of the bar at Bubba's Bar and Grill. The family opened the bar in February 2020. Tyler Julson/Albert Lea Tribune 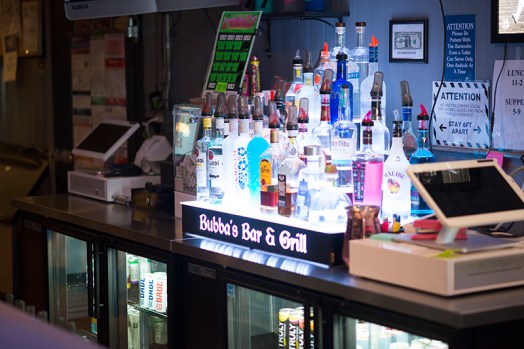 Bubba's Bar and Grill received an outpouring of support from the Glenville community during the pandemic, playing a big part in keeping them operating throughout. Tyler Julson/Albert Lea Tribune 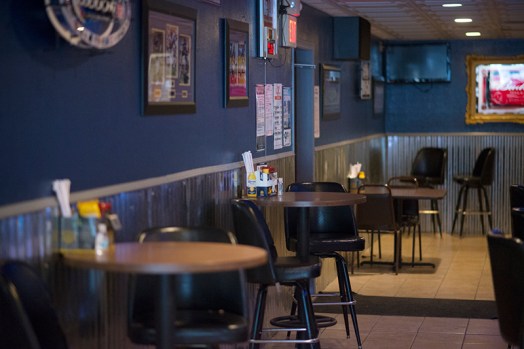 The bar buys most of its meat from Nick’s Meat Market and apparel and merchandise from Belle’s Embroidery in an attempt to keep much of its besiness local. Tyler Julson/Albert Lea Tribune 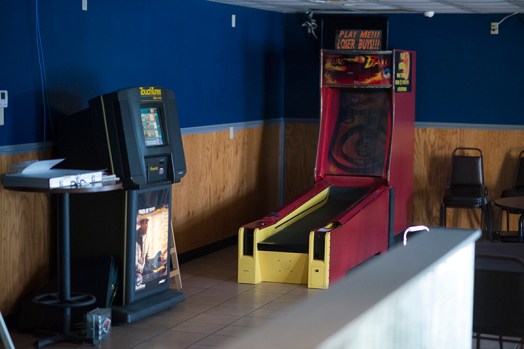 GLENVILLE — Bubba’s Bar and Grill opened for business in February 2020 at its location on Main Street in Glenville.

While the first year was a whirlwind trying to navigate through a pandemic, the family who owns the bar said the year has been filled with positive memories and support from the community.

McKenzie Zuniga, one of the daughters in the family-owned business, said it was her father’s dream to own a bar.

“When this place came up for sale, he had been working here part-time, helping in the kitchen and things like that,” she said. “He chatted with the previous owner and ended up purchasing it.”

When the COVID-19 pandemic hit in March 2020, Bubba’s Bar and Grill had only been open for about a month.

Brittani Zuniga said it was difficult to keep up with all the changes that were being made to the regulations and guidelines. She said they had to come up with creative ways and special deals to keep attracting customers when they weren’t allowed to serve people in-person.

Bubba’s Bar and Grill received grants from both the city of Glenville and the Albert Lea Economic Development agency to help keep it in business.

The community support from the residents of Glenville and the surrounding communities has also been a driving force in keeping the business going throughout the pandemic.

“The most rewarding part is the customers,” McKenzie Zuniga said. “Just by working here, we’ve met so many people, and we’ve formed so many good relationships. It’s nice seeing those familiar faces and getting to know each other. They kind of become family, too.”

With the community being so supportive of the bar, Bubba’s Bar and Grill wanted to give back to the community as well. The bar was a big factor in putting together the 2020 Glenville Days celebration, holding a bean-bag tournament, food and drink specials and more during the two-day celebration. Bubba’s Bar and Grill also utilizes local businesses for many of its needs, using Nick’s Meat Market to purchase much of their meat, and Belles Embroidery for apparel and merchandise.

“It’s great to have that outside support,” Brittani Zuniga said. “It’s been awesome to see that the community does want us to succeed and wants to help where they can. It’s been great to see the support from the Glenville community and the smaller surrounding towns.”

It’s that support that keeps the bar up and running.