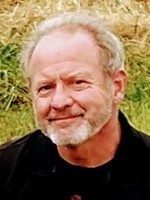 Grant was born November 17, 1958 in Albert Lea, Minnesota the son of Jack F. C. Gillard and Barbara (Anderson) Gillard. He graduated from Albert Lea High School. Next, he earned a Bachelors of Science at Iowa State University in Ames. Following Iowa State, he attended Fuller Theological Seminary in Pasadena, California where he met his wife, Nancy. He was united in marriage to Nancy Dee Farris on September 6, 1986 in Kansas City, Missouri.

The couple lived in Newark, Delaware for several years, where Grant served as associate pastor at White Clay Creek Presbyterian Church for six years. Next, the couple resided in Jackson, Missouri, where he was the minister at First Presbyterian Church for 25 years. They have been rural Holden residents since 2018. Grant was pastor at New Horizon Presbyterian Church in Odessa at the time of his untimely passing. He was a beekeeper. He served as past state president of Missouri State Beekeeper Assoc. He was also an avid Gun Club member in both the Glenville Gun Club and Cape Girardeau County Gun Club. He was very active in church groups, including bible study and youth groups just to name a few.

The family will receive friends, Thursday at the church, beginning at 2:00 p.m.

Online condolences may be left at www.williamsfuneralchapel.net