For over a year, our nation has been in the grips of a pandemic unlike anything we have seen in the last century. COVID-19 has disrupted lives and damaged businesses across our nation, and the American people deserve support to recover and rebuild. President Biden’s American Rescue Plan will deliver direct relief to working families and help us battle the virus. That’s why Rep. Jim Hagedorn’s votes against American Rescue Plan, and relief for the American people by extension, is so disappointing. 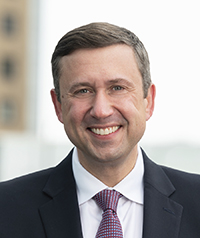 The American Rescue Plan contains a strong array of measures to fight the pandemic across multiple fronts. In addition to providing more funding for vaccination and testing, the American Rescue Plan contains money to help local governments confront the pandemic. This includes roughly $231 million for local governments in the 1st Congressional District, which is desperately-needed as COVID-19 has left many cities, counties and townships in difficult financial positions.

Mayors and local elected officials have said they plan to use the money to fight the pandemic by purchasing additional personal protective equipment and funding the services their constituents depend on, like law enforcement, emergency medical services, fire departments, transit systems and more. The contrast between Hagedorn’s rhetoric and actions here is stark, as Hagedorn campaigns on being pro-police but voted against a bill that would help local governments continue to pay for their police departments.

That is not the only time Hagedorn’s rhetoric does not line up with his voting record. Hagedorn has been demanding that schools reopen, without what many feel are adequate safety precautions. The American Rescue Plan contains roughly $130 billion in funding to help schools purchase the supplies and make the changes necessary to reopen while keeping students, teachers and other staff safe. Hagedorn’s vote against the bill proves he would rather use our students and our teachers as a political cudgel than actually keep them safe in the classroom.

Poor and working-class Americans have been some of the hardest hit by the pandemic, which is why President Biden’s plan includes $1,400 direct relief checks, child tax credits, extended unemployment benefits and support for small businesses across the nation. Support for families, businesses, states, cities and towns is not partisan, it’s essential for many Americans who are struggling during a public health crisis.

Numerous polls have found the American Rescue Plan enjoys tremendous support across party lines. Seventy-five percent of the American people support the plan, including roughly 59% of Republican voters, per a recent Politico/Morning Consult poll. In these polarized times, it is almost impossible to find an issue that can garner such broad, bipartisan support.

Representative Hagedorn has tried to dismiss the bill as a bailout of Democratic states, but that’s an absurd argument to make. Every single state, red or blue, will benefit from this plan, including Minnesota and Hagedorn’s own constituents. Hagedorn is not taking this important COVID relief bill seriously, he’s simply regurgitating the Republican establishment’s talking points. Minnesotans deserve better from their congressman.

It was not long ago that our country hit the grim milestone of 500,000 deaths from COVID-19. This pandemic has taken so many from us and ground so many lives, educations and small businesses of millions more to a halt. The American people have spoken loud and clear: They want COVID-19 relief and they want it now.

Sadly, Hagedorn refused to listen to his constituents. Instead of working across party lines to pass a massively popular and desperately-needed COVID-relief bill, he decided to make pandemic-relief partisan and attempted to deny direct financial support to his constituents. When your $1,400 check comes in the mail, remember that Congressman Hagedorn does not think you deserve it.