‘It’s an industry that’s always going to be there’ 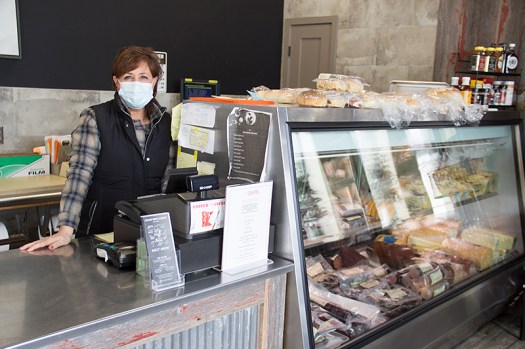 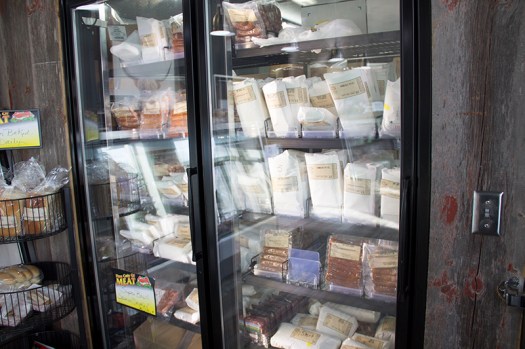 Various meats and products are available in a cooler at Conger Meat Market in Conger. Sarah Stultz/Albert Lea Tribune 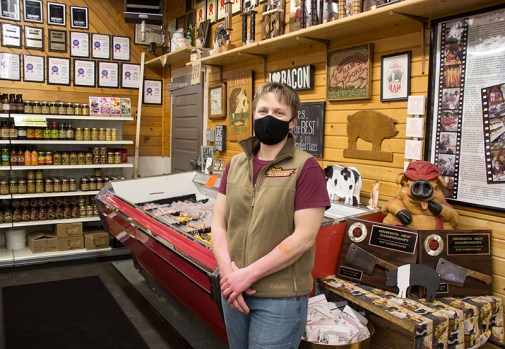 Rachael Lee and her mother Donnavon Eaker own Steve's Meat Market in Ellendale. The market is named after Lee's father, Steve Eaker, who died in 2006. Sarah Stultz/Albert Lea Tribune 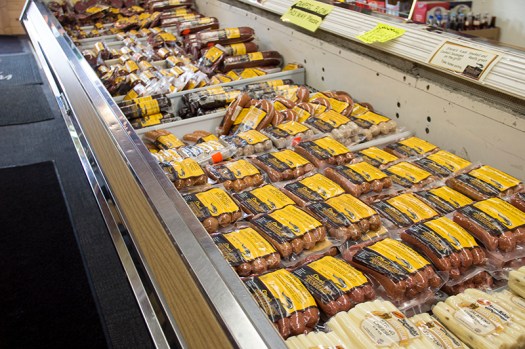 Steve's Meat Market products are lined up in a cooler at the business in Ellendale. Sarah Stultz/Albert Lea Tribune 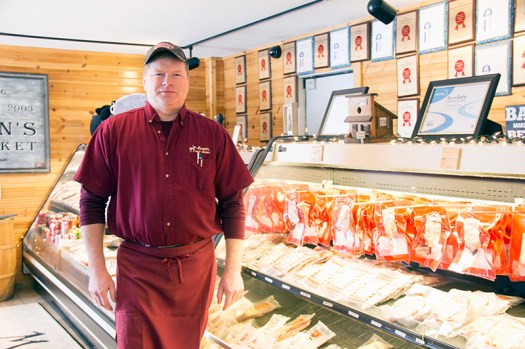 Dean Morgan, owner of Morgan’s Meat Market in New Richland, stands in front of many of the products the business has for sale. He has owned the meat market with his wife since 2003. Sarah Stultz/Albert Lea Tribune 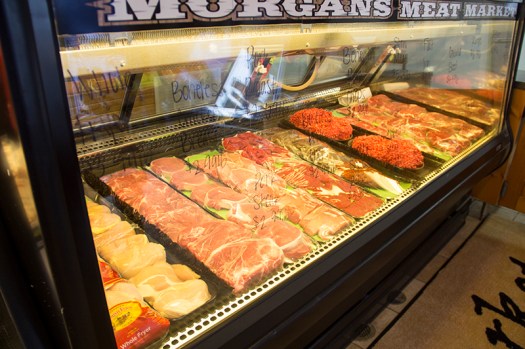 Meat is lined up in a case for sale at Morgan's Meat Market. Sarah Stultz/Albert Lea Tribune

Meat markets have been an integral part of small-town living since their creation, and in south-central Minnesota it’s no different.

Freeborn County and the surrounding counties have five meat markets, including in Conger, Hayward, Geneva, Ellendale and New Richland.

Darcy Johnson and her husband, Jeremy, have owned Conger Meat Market for 17 years.

Conger Meat Market has been around since 1935 and is a federally inspected plant that does federal beef, pork and lamb butchering and makes sausages, beef and pork products. The plant also does wild game processing, including deer, elk, bear and goose, and is starting to get into private labeling for farmers selling their meat at farmers markets or other locations.

The couple has two retail locations — one in Conger and one in Albert Lea, where people can buy their products, including Wagyu steaks, and where they also have a bakery and sell breads and buns. They employ about 20 people between the two sites.

“We enjoy working with the farmers, helping the local ag community and the customers, of course,” she said, noting it pleases her to make a good product that makes people happy.

She encouraged people to support local meat markets, and in turn the local agriculture community.

“Our farmers are really second to none around here,” she said. “They all know what they’re doing, and the product is good.

“We have so many good markets in our area. When you go to other parts of the country, they have to drive hundreds of miles.”

She said she feels blessed to live in such a successful agriculture community and to introduce farmers to consumers who are excited about filling their freezers with locally raised beef, pork and lamb.

‘Take pride in anything you do’

Steve and Donnavon Eaker purchased Steve’s Meat Market in Ellendale in 1973, and the business recently celebrated its 48th year.

When Steve Eaker passed away in 2006, the couple’s daughter, Rachael Lee, jumped in to work as a team with her mother to run the business.

“I take care of the sausage-making, and we make lots of ham, bacon, snack sticks, summer sausage,” she said.

They slaughter beef and hogs once a week.

A federally inspected plant, the business has between 15 and 18 employees and federally produces all kinds of sausages that are in a number of stores in the metro. They also have products that sell in Hy-Vee stores in the area under the Smokey Acres name in southern Minnesota and down into Iowa.

She said their most popular items are snack sticks of all flavors — and, of course, bacon.

“It always depends on the time of the year,” she said.

“My parents have always taught me to take pride in anything you do,” Lee said. “Taking pride in what you make — that’s what’s most rewarding.”

She said she enjoys getting comments from people that they like their products.

The business also does venison processing with venison trim.

‘It’s a great industry to be in’

Dean Morgan, owner of Morgan’s Meat Market in New Richland, said he took over the business with his wife, Barb, in 2003, though New Richland’s meat market has been in existence since 1959.

Morgan, himself, has been in the industry for 35 years and  said he wanted to be his own boss and got tired of working for big corporations.

“Small town lockers, I feel the quality is a lot better,” he said.

His business offers everything from summer sausage to bacon to fresh cuts of meat and deli meats and brats, among others. The business also sells its own homemade breads.

“We take a lot of pride in what we do here,” he said of his business that employees 11 or 12 people.

The business also does custom beef, pork and lamb processing and does wild game processing year-round.

He encouraged farmers to not be afraid to call if they need animals processed. Though the business has a waiting list, there are cancellations and most people can typically get fit in.

He said the last year with the crisis with some of the large meat plants amid COVID-19 opened people’s eyes to how quickly people can run out of food. He and Johnson both commented on how the small meat markets have still been working around the clock.

Morgan applauded all of the area meat markets and said they each have their own niche.

He said the intent for Morgan’s Meat Market is to go federal, which would bring with it a federal inspector.

He encouraged people looking to fill their freezer to contact the market, and he can connect them with farmers who are willing to sell quarters of pig or beef. While it may be more money up front, in the long run it is cheaper and the quality is better.

He said the industry is also good for teenagers looking to work hard and for outdoorsmen. He was raised on a farm, where his family had livestock, and he said he gained his interest in the industry by watching one his local butchers.

He noted he has heard of some schools across the country considering adding in one-year course options for people considering going into the field.

“It’s a great industry to be in,” Morgan said. “It’s an industry that’s always going to be there.”

1 can of tomato soup

Heat together in saucepan and pour over meat. Brown the ham balls and pour sauce over them and bake.

Put cheese in microwave to mix and also while spreading on ham.

Be sure to use a good meat thermometer. Preheat oven to 275-300ºF and rub Steve’s Prime Rib Seasoning all over your prime rib.

Tent the meat with aluminum foil while baking. Place meat thermometer in the meat near the top of the roast.

For medium done, your meat thermometer should read 140° to 145°F. Cook more or less, depending on your family’s desire. For an average prime rib 8 to 10 pounds, medium is usually reached within 3 to 3 1/2 hours.

Once you take meat out of the oven, let it stand for 15 minutes before slicing.