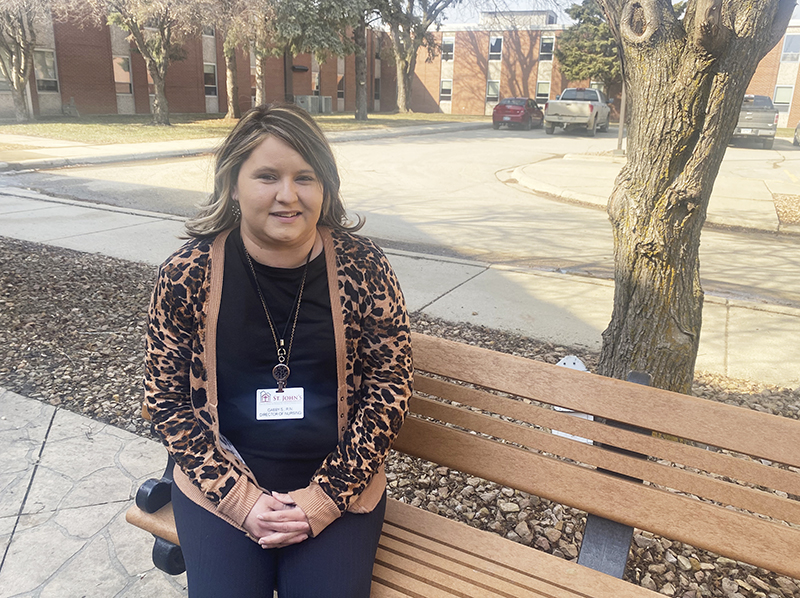 The new director of nursing at St. John’s Lutheran Community off of Minnesota Highway 13 has a long history with the Albert Lea care center.

Gabrielle Studier said she started as a community assistant there when she was 16 and through the years became a certified nursing assistant, got trained in medication administration and then became a licensed practical nurse.

She worked for a year in Blooming Prairie and came back to the nursing home for a year after having her oldest child, and then worked as a nurse at the Freeborn County jail for seven years before returning once again. Upon returning, she first stepped into the role as nurse manager and then became director of nursing.

“Every time I come back, it’s like home,” Studier said. “This is where I started my journey.”

As director of nursing, she oversees all the nurses, CNAs, TMAs and community assistants — she estimated about 50 people over all of the shifts.

She said she enjoys working in the senior care setting because she enjoys hearing the residents’ stories and learning where they came from, along with meeting all of their families.

During her time at the jail, she said there were a lot more mental health needs there and the turnover was more frequent.

“It’s nice to get to know the residents,” she said.

She talked about the challenges care centers have faced during the COVID-19 pandemic and said she was proud the facility went all of 2020 without any positive cases of COVID-19 in their residents.

“It helped having that,” she said.

She said they were in “an outbreak” for three weeks and were successfully able to keep the virus from spreading to the rest of the building.

Now, about 95% of the residents and about half of the staff are vaccinated, and they are looking forward to spring.

She said there is some remodeling happening on the first floor of the facility, where a former nurses station is being turned into a sitting area for residents. They also look forward to starting the garden.

Studier and her husband, Troy, have three children — Cahston, 13, Ledger, 11, and Kinley, 9. She said they enjoy sports and noted that they are looking forward to baseball and softball in the summer, as well as camping.

Born and raised in Albert Lea, she is the daughter of Fred and Laurie Valdez.