Funeral services for Mary M. Maher will be held at 11:00 AM on Thursday, March 18, 2021 at St. Theodore Catholic Church in Albert Lea, MN with Father Kurt Farrell officiating. Visitation will take place one hour prior to the service at the church. Masks are required. Interment will be at St. Patrick’s Catholic Cemetery, rural Lake Mills, IA. 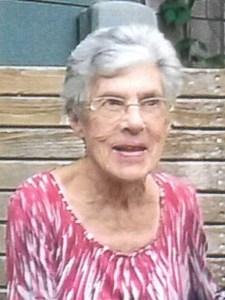 The service will be recorded and uploaded to the Schott Funeral Homes website following the service. Go to www.schottfuneralhomes.com, click on her picture, and from Mary’s obit page, click on the “tribute wall” tab to find the webcast link.

Mary Magdalen (Burzinski) Maher was born on March 31, 1930 in Austin, MN to parents Fred and Helen (Wallace) Burzinski. She attended and graduated from Pacelli High School in Austin in 1948. Following High School, she continued her education at Austin Junior College.

On September 11, 1954, Mary was united in marriage to Robert J. Maher in Austin, MN. The couple spent nearly 39 years together until Robert’s death in 1993.

Aside from the full-time job of raising six children, Mary worked as a book keeper for a few car dealerships in the area. Later in life, she worked for Woodvale in Albert Lea and then did Home Health Care for Winnebago County until her retirement at the age of 75. She also chose to study at St. Mary’s in Winona to become a Lay Minister.

In her younger years, Mary enjoyed going dancing with Robert. She was an excellent quilter, making quilts for her children and grandchildren. She enjoyed golfing, reading, playing bridge, and loved to travel – Rome and the Holy Land being the trip of a lifetime! Mary was a faithful member of St. James Catholic Church in Twin Lakes until its closing, and then attended St. Theodore Catholic Church after that. She was a member of Teams of Mary, served as a eucharistic minister, taught Religion classes, served as a Lay Minister, and much more. Mary can be described as faithful, non-judgmental, and a great listener. She had a great sense of humor, and was always able to help others. Mary could always seem to find the right words when her grandchildren could use some guidance.

She is preceded in death by both parents; her husband, Robert in 1993; son, John Maher in 1956; granddaughter, Kelly Maher in 2004; and four brothers, Robert, Joseph, Richard and William Burzinski.

Those left to carry on her legacy include her six children, Patrick (Bonnie) Maher, Theresa (Dan) Hogan, Edward (Renee) Maher, Helen (Pat) Hosch, Kathleen (Randy) Wrolson, and Lawrence (Devona) Maher; 14 grandchildren; 14 great-grandchildren – with another great-grandson expected to arrive this Summer; a sister in-law, Madeline Burzinski; as well as many loving nieces, nephews, other relatives and friends.

The family would like to sincerely thank those that took such compassionate care of Mary, especially her daughter in-law, Devona; granddaughter, Jennifer; Michelle Kingland from Hospice; and her caregivers, “Laura” (Lori Smith) and Paula Rockhill.