My Point of View: Congress should pass a practical system of voter ID

My Point of View by Joseph E. Brown Sr.

There is no time or place for discrimination of individuals who are not exactly like me. I am personally amazed at the continued hate and negative words and actions that are being hurled at individuals that are of a different ethnicity, age or gender. 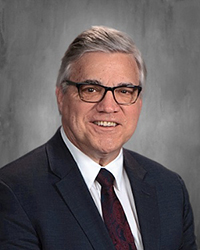 What has happened to these United States of America? Why are we so divided? Why are we so bitter towards one another due to their political or religious views?

I was born in 1951 and raised in Clinton, Iowa, located in eastern Iowa next to the Mississippi river. Clinton is the home of the American Protective Association (1887-1911) an anti-Catholic organization like the Ku Klux Klan led by Henry Francis Bowers. As an Irish Catholic being raised in a town with five Catholic parishes, I personally did not feel discriminated against. However, I later learned that around 1910 there were signs posted in New York and Boston that read “No Irish Need Apply.”

I recall writing a letter to President George W. Bush, praising him for his comprehensive proposal to modify our archaic immigration system.  These are the major components of his plan proposed in 2007:

• The United States must secure its borders.

• We must hold employers accountable for the workers they hire.

• To secure our border, we must create a temporary worker program.

• We must bring undocumented workers already in the country out of the shadows.

• We must promote assimilation into our society by teaching new immigrants English and American values.

This proposal did not become law or policy because members of Congress could not agree on a comprehensive plan since they did not support one or two of the five major components.

I have heard that the opposite of Congress is progress. Both political parties are at fault for not supporting a comprehensive immigration plan. The Democrats do not support plans for securing our borders, while the Republicans do not support holding employers accountable for the workers they hire.

It is time we hold both political parties accountable. The baby boom generation is retiring. Minnesota needs to replace 239,000 skilled workers in the next 24 months. Our nation needs individuals that are willing to work for a living, not just live off the generosity of taxpayers. We need more taxpayers and less tax users.

Providing proof of residency before I cast a vote in Minnesota should be required. At a minimum, this would soften the allegation that we have a corrupt election system. I have voted in every election since 1972. This includes national, state, city, county, school board and bond and operating levies. It is embarrassing that only 62% of eligible voters voted in the 2020 national election. I am proud of the fact that Minnesota had a 79.96% voter turnout in 2020 — No. 1 in America in voter turnout. I am sad that one out of five eligible voters in Minnesota chose not to participate in the November 2020 elections.

Joseph E. Brown Sr. is a member of the DFL Party. He is a former Iowa state senator and currently serves as the superintendent of Fairmont Area Schools.

Ask a Trooper: How to protect yourself after selling your car

Ask a Trooper by Troy Christianson Question: If I sell my vehicle to a private party, what do you recommend... read more