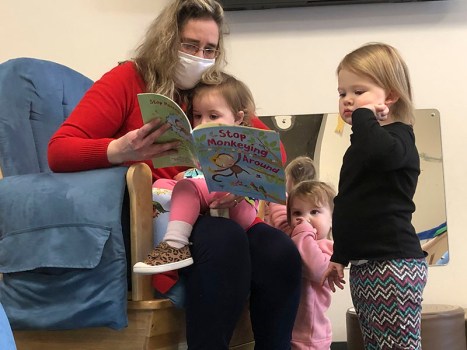 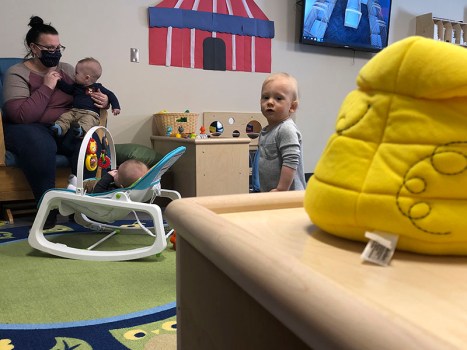 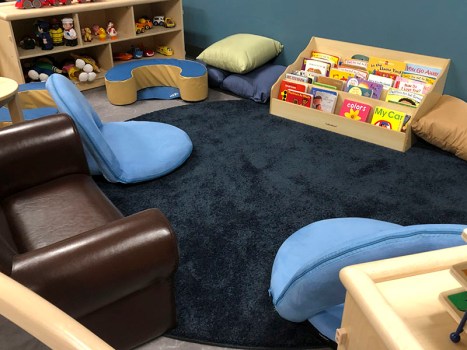 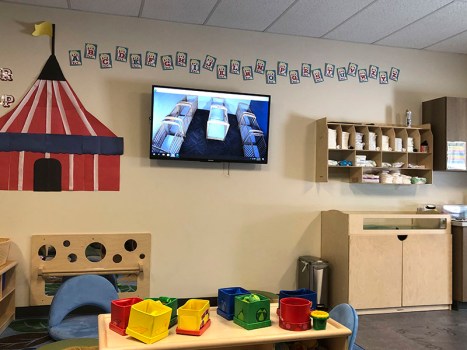 A large monitor hangs on the wall of one of two infant rooms at the Tiger Cub Child Care facility at Brookside Education Center in Albert Lea. David Mayberry/Albert Lea Tribune 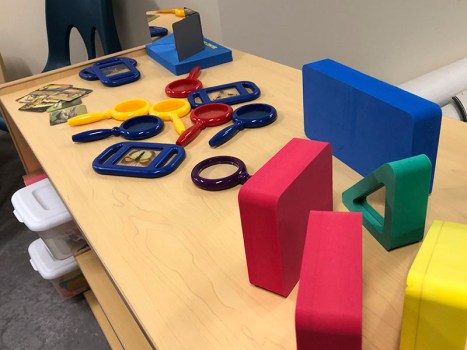 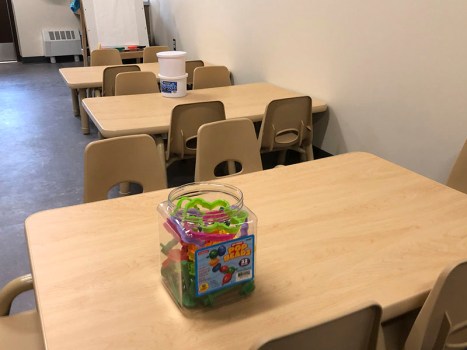 As much work and effort went into opening Tiger Cub Child Care Center, just as much patience was required when the pandemic closed the facility.

As restrictions continue to ease, enrollment and staffing are increasing.

“It’s been steady since” — the facility reopened in the fall, said Jenny Hanson, Tiger Cub Child Care Center director and the coordinator of Early Learning for District 241.

The day care center opened in March but remained so for just three weeks. Restrictions kept it closed until the fall.

Additionally, licensing from the state was adjusted to accommodate restrictions. More phone calls were swapped for in-person visits. The “daunting” process resulted in a lot of work for the staff members, but “we only had to do some minor tweaks,” Hanson said.

Today, two of the four rooms are nearly full, and staffing challenges are easing.

“As the COVID rules started relaxing, it made it easier to find staffing,” Hanson said.

The priority customers for the facility are school staff members, but as space allows, public child care is also available.

With two rooms to fill, that’s the case today.

“We’re trying to meet the need of the staff’s child care options,” she said.

Tiger Cub has two infant rooms (each holds up to eight kids) and two toddler rooms (up to 14 kids).

Books and games dominate the rooms. Outside, the two age groups have their own specialized playgrounds. The equipment has additional foam padding.

The space formerly housed the Head Start program. Those offices have since moved upstairs at Brookside Education Center.

The entryway used to be offices. Those walls were knocked down, allowing the somewhat circular layout to connect the four rooms with the entrance on the north side and via a kitchen/storage area on the south side. The latter allows staff members to coordinate food preparation and easily maneuver between the areas.

Children from members of the public began attending in October.

Rates, she said, are comparable to other child care centers.

“This is not a moneymaker,” Hanson said.

When the first class of Tiger Cub graduates is ready for preschool, they won’t have to go far. It’s upstairs at Brookside.

“Children can easily transition there, staying with us from 6 weeks old until kindergarten,” Hanson said. “It can all be in one location.”