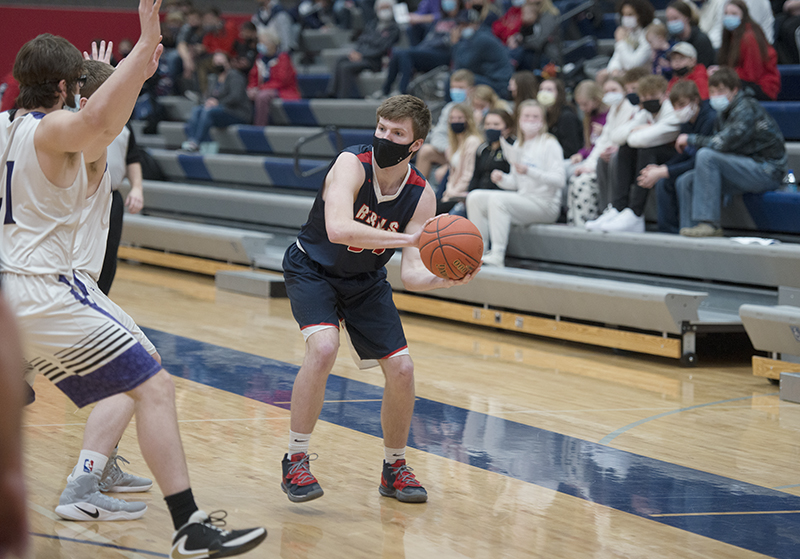 WELLS — The United South Central boys’ basketball team hosted T/ML/GHEC Thursday night, trying to get back on track after a loss Tuesday night.

The Jaguars, however, had other plans as they jumped out to an early lead, and used a huge second half to pull away, leaving the Rebels with a second consecutive loss 65-33.

United South Central kept the game close through the opening 10 minutes with both teams trading the lead back-and-forth numerous times. However, with about eight minutes remaining in the first half, the Jaguars went on a small 6-0 run, prompting the Rebels to call a timeout with 6:25 remaining. The timeout did little to curb the momentum of the Jaguars, who finished out the half on a 13-4 run and went into halftime with an 18-point advantage.

Coming out in the second half, play did not get better from the Rebels. They struggled to score against a tough Jaguars defense, amassing four total points through the first 12 minutes of the period.

The Jaguars on the other hand, extended their lead by scoring 25 points in the same amount of time.

The Rebels went on a small run before the game was over, but it was nowhere enough to mount a comeback.

Quade led the team with 12 points.

The Rebels move to 5-7 on the season with one game remaining in the regular season.